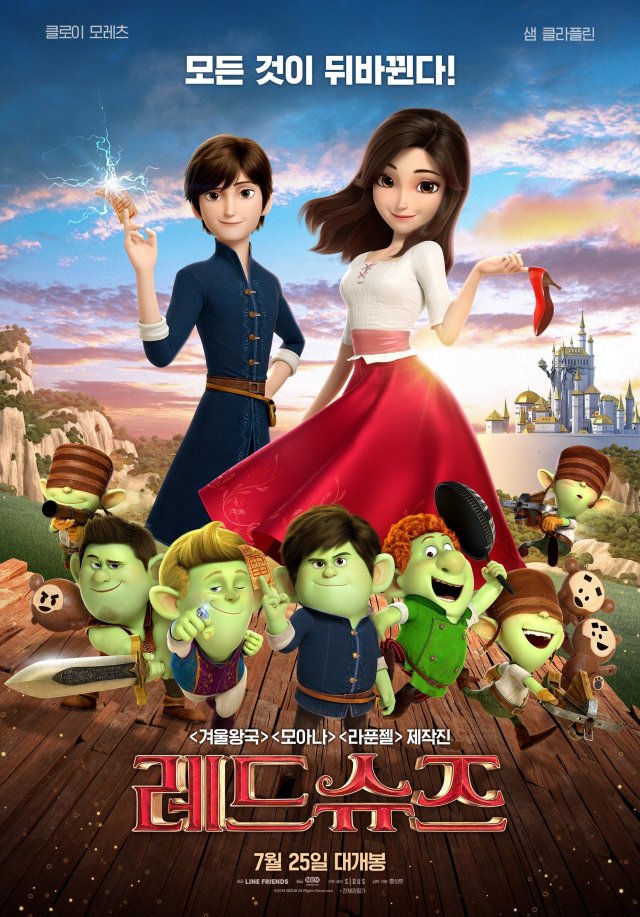 On August 8th "Red Shoes and the Seven Dwarfs" broke six hundred thousand viewers at the South Korean box office. The all-Korean film is now seeking to edge out "Pororo, Treasure Island Adventure - Theater Version" as the number one Korean animated film at the box office this year. The latest Pororo movie earned 766,264 admissions during its theatrical run during May.

"Red Shoes and the Seven Dwarfs" has faced much more difficult competition than "Pororo, Treasure Island Adventure - Theater Version" did during that time. The movie has struggled against both major summer releases as well as animated films from studios with much higher brand awareness and advertising presence.

The rate of admissions for the fairy tale pastiche is down significantly with this week's new releases. However, "Red Shoes and the Seven Dwarfs" has shown a resilient presence at the South Korean box office thanks to strong word of mouth. What's more, any such success by that metric will serve the movie well in secondary distribution markets.