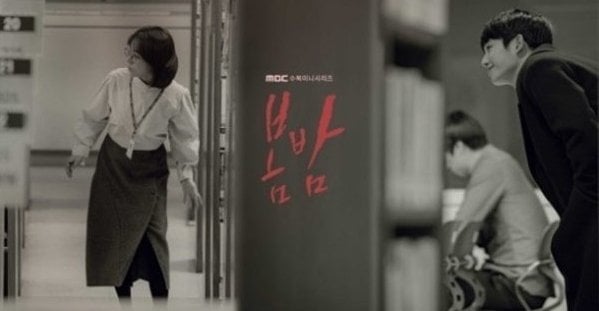 After a slow start "One Spring Night" is quickly accumulating excellent buzz. The Wednesday/Thursday MBC drama ranked at the top of the latest Good Data report, which analyzed social media trends in dramas for the fourth week of May. Lead actors Han Ji-min and Jung Hae-in ranked in the first and second spots for individual performers.

"Her Private Life" fell to second place in the report. The drop is farther than it looked, with a 27.78% collapse in points as the drama moves away from its popular high romantic comedy concept into melodrama. Kim Jae-wook fell to number three for performers, and Park Min-young fell to number five.

"Angel's Last Mission: Love" was number three - low considering the drama's strong initial ratings. More problematic was how much of the social media response to the drama has been critical, with the childish story and bad CGI being particular sore points.

"The Secret Life of My Secretary" is the biggest surprise mainly for ranking so low. While the story of Han Ji-sun's assault of a taxi driver was major news, the story did not result in much social media discussion about the drama either positively or negatively.