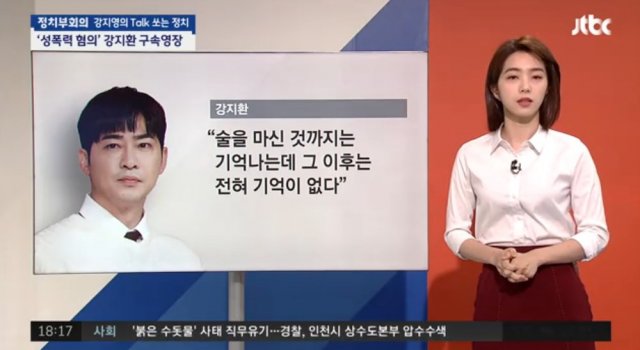 A recently rediscovered interview from 2016 has put recent sexual assault allegations against Kang Ji-hwan in a new light. The interview was conducted on November 24th of that year by Ilgan Sports, who uploaded it to YouTube.

In the interview Kang Ji-hwan can be seen discussing his liquor tolerance. He says that up to one and a half bottles impedes him until the next day. At first glance this suggests that Kang Ji-hwan's recent protestations that he can't remember what happened on the night of his alleged assault are true.

However, Kang Ji-hwan follows this statement up with a cryptic comment about the need to get people to his house so they can drink there until the end, and ride the wave again. In context the innuendo is ambiguous, but in light of recent events the implication is that Kang Ji-hwan did not invite people from work to drink at his residence for social reasons.