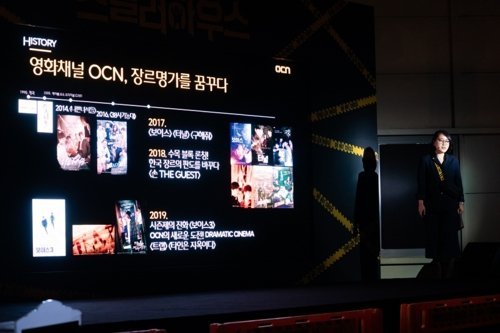 As 2019 comes to an end, OCN has been getting into its upcoming 2020 drama slate. As is expected for the cable network, most of the dramas expected for 2020 are offbeat genre thrillers distinguished by strong concepts.

"Team Bulldog: Off-duty Investigation" is one such project, which centers around a detective agency filled with colorful figures who investigate adulterous allegations. Cha Tae-hyun and Lee Sun-bin have been confirmed for the lead roles, and Kang Hyo-jin will direct the drama.

"The Search" does not yet have any announced cast or crew. However, the drama will take place with the Demilitarized Zone as a backdrop and a focus on battles between the military and a mysterious unknown enemy. "The Search" is a part of OCN's dramatic cinema project.

"So You" will also be coming to OCN. Pang Eun-jin has been confirmed as the director for the adaptation of the popular webtoon of the same title. "Dark Hole" is also coming, although little is known about the project save for that Jeong I-do-I of "Strangers from Hell" fame will be the screenwriter. "Tell Me What You Saw" features Jang Hyuk and Choi Soo-young in the lead roles, while "Rugal" will pair up Choi Jin-hyuk and Park Sung-woong.

OCN executives have promoted this shift in creative direction as thriller house, and likened their current business strategy as similar to Marvel. Which is to say, they are hoping to instill the name OCN as a specific kind of brand from which consumers can expect a certain kind of product.