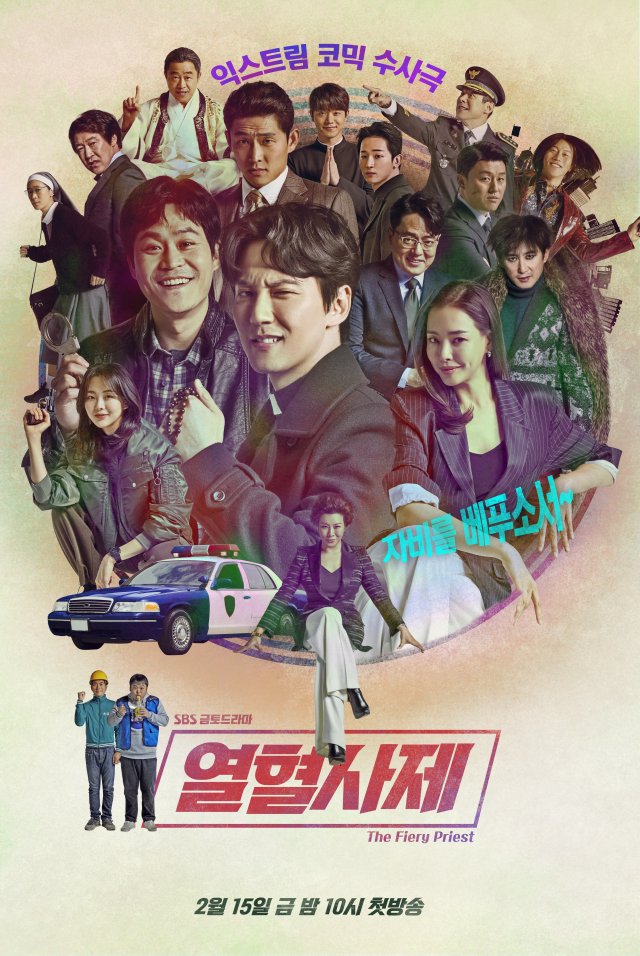 "The Fiery Priest" came from director Lee Myeong-woo and screenwriter Park Jae-beom-I. The drama grabbed attention thanks in part to its extreme investigative style and concept, but also thanks to its popular cast. Kim Nam-gil played the titular priest, while Kim Sung-kyun and Lee Honey had more official roles in his crime solving endeavors.

"[HanCinema's News] Nielsen Report Names "The Fiery Priest" Top Drama of First Half of 2019"
by HanCinema is licensed under a Creative Commons Attribution-Share Alike 3.0 Unported License.