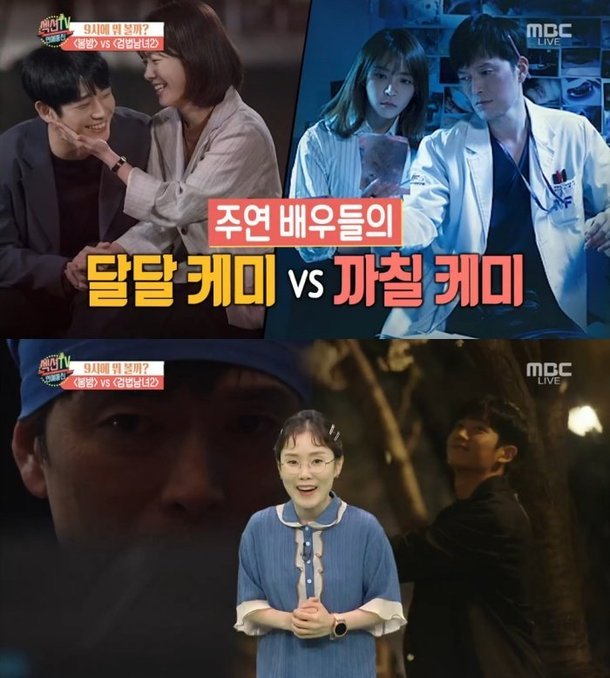 In MBC's current 9:00 weekday evening drama block, two very different strategies are at play. On one end, "Investigation Partners Season 2" is anchored by rough chemistry, as its leads seeks to unravel grisly cases and work together as a team. At the other end, "One Spring Night" shows off sweet chemistry, working more traditionally as a romance.

"One Spring Night", meanwhile, is an obvious spiritual successor to "Pretty Sister Who Buys Me Food", inheriting as it does much of the same cast and crew. While fine distinctions between the two are observable, MBC is clearly aiming for the same kind of audience that was drawn to that drama.

Both "Investigation Partners Season 2" and "One Spring Night" have been doing decently in ratings, with the former comfortably in the 4-6% range and the latter in the 5-7% range. But both dramas are only doing decently. They have no real aspiration to be megahits, as was more often expected of dramas in the past. To dedicated fans of the shows, this is a minor and generally irrelevant problem. However, the question is still begged as to how far MBC can go by just playing it safe.

"[HanCinema's News] MBC's Evening Dramas Playing It Safe in Terms of Content and Getting Safe Results"
by HanCinema is licensed under a Creative Commons Attribution-Share Alike 3.0 Unported License.