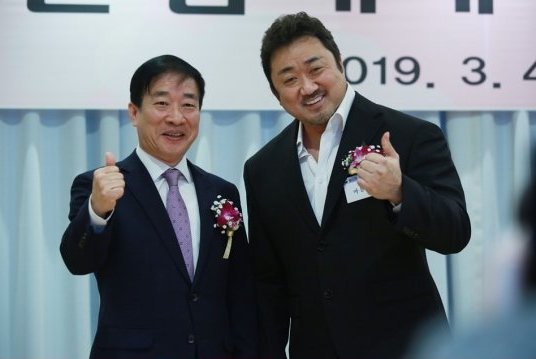 On March 4th, The NTS (National Tax Service) Seoul Regional Office has awarded Ma Dong-seok for being a model taxpayer. The occasion for this was the 53rd Taxpayer's Day Ceremony.

The award encompasses not just that Ma Dong-seok himself pays taxes, but also that he is an effective ambassador for the importance of paying taxes. Ma Dong-seok's leading role in the 2016 drama "Squad 38", about a revenue collection unit, is one example of how Ma Dong-seok has worked to promote taxpaying values.

The award follows Ma Dong-seok similarly being awarded on the 72nd Annual Police Day. Then he was given the title of being considered an honorary police officer. Seo Hyun-jin and Lee Je-hoon were also awarded this year as model taxpayers. 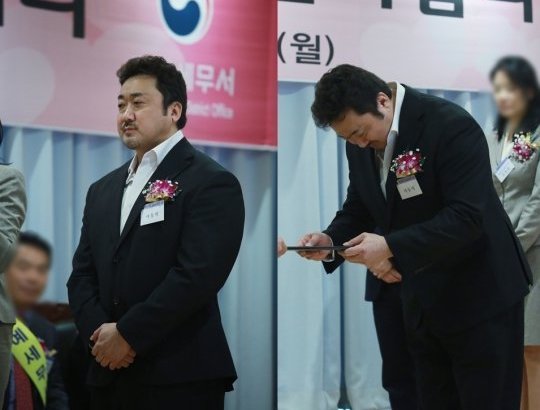