[HanCinema's News] "Love Affairs in the Afternoon" Building up Hype 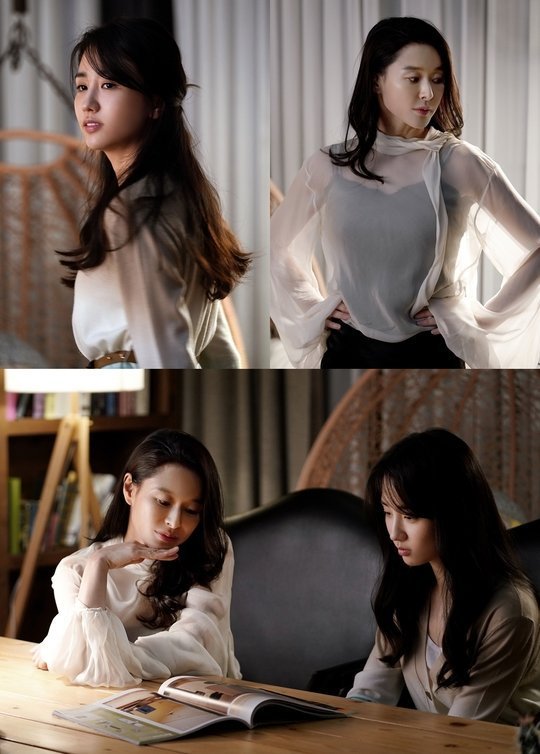 The latest drama from Channel A, "Love Affairs in the Afternoon" has been building up a lot of interest. Part of this is just due to the deliberately racy content and promotional images. Of course, a lot of this marketing is probably reasonably accurate. The drama represents a bold stride by Channel A into the dramamaking business, within which it is not well known.

The drama is based on the Japanese drama of the same title from 2014 - although the Japanese title is prefaced by Hirugao, a Japanese slang term referring to extramarital affairs. The drama is a story of escalation. As in the original, housewives Ji-eun (played by Park Ha-sun) and Soo-ah (played by Ye Ji-won) goad each other into having sexual love affairs with predictably dramatic results.

Stills from the drama have already given a good idea about how the characters are to be distinguished. While Park Ha-sun has a demure, innocent expression, Ye Ji-won is putting on more a look of defiance. Though their outlooks differ markedly, their choice of extramarital affairs as emotional outlets draws them closer together. About the men in this drama relatively little is known, but the preliminary outlook seems to show that the drama will mainly be from the women's perspective.

"Love Affairs in the Afternoon" will begin on July 5th at eleven 'o clock in the evening. Amusingly enough, the drama will air on Fridays and Saturdays. Literally, the drama is called Love Affairs on Weekday Afternoons.

"[HanCinema's News] "Love Affairs in the Afternoon" Building up Hype"
by HanCinema is licensed under a Creative Commons Attribution-Share Alike 3.0 Unported License.