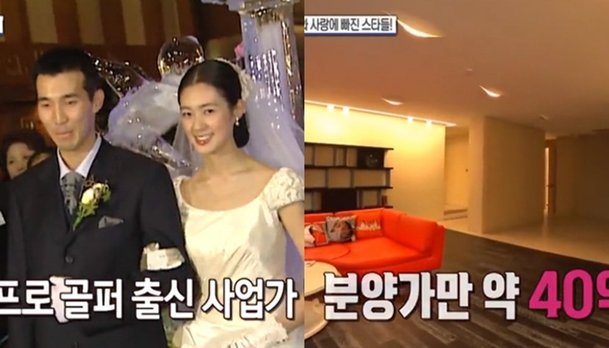 With her recent reappearance in "The Running Mates: Human Rights" more attention has been focused on Lee Yo-won's personal life. The actress has been married since 2003 and the entertainment news program 'Section TV' recently ran a segment on Lee Yo-won and her husband.

Lee Yo-won got married back in 2003, when she was only twenty three years, old to a pro golfer six years her senior. At that time she was still relatively new to acting, with her breakout role as the lead in "Queen Seon-deok" still several years away. According to Cho Yeo-jeong, who spoke at their wedding, the two first met when he approached Lee Yo-won while they were at a restaurant, claiming to be her fan. 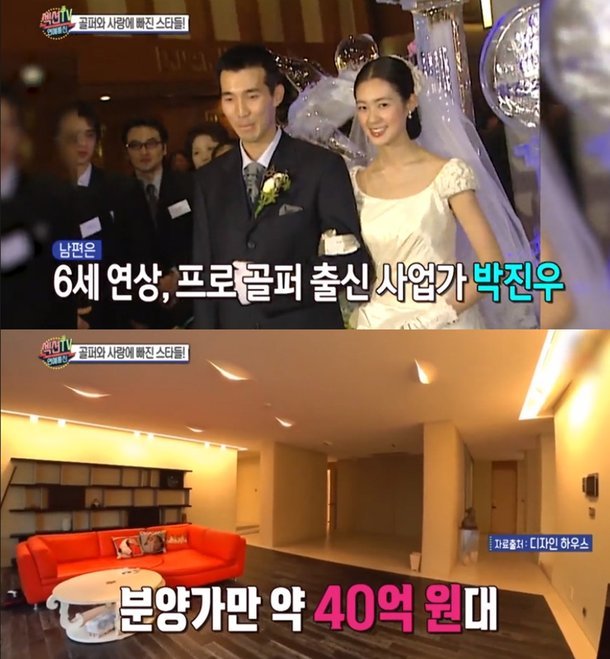 While Park Jin Woo was described as a pro golfer at the time of their wedding, he has since then moved on to work as a representative for his family's chemical company. His family has relative means and the couple own a large house in San Diego. They also have three children - two daughters and a son.

"[HanCinema's News] Lee Yo-won Has a Love Story and a Beautiful House"
by HanCinema is licensed under a Creative Commons Attribution-Share Alike 3.0 Unported License.