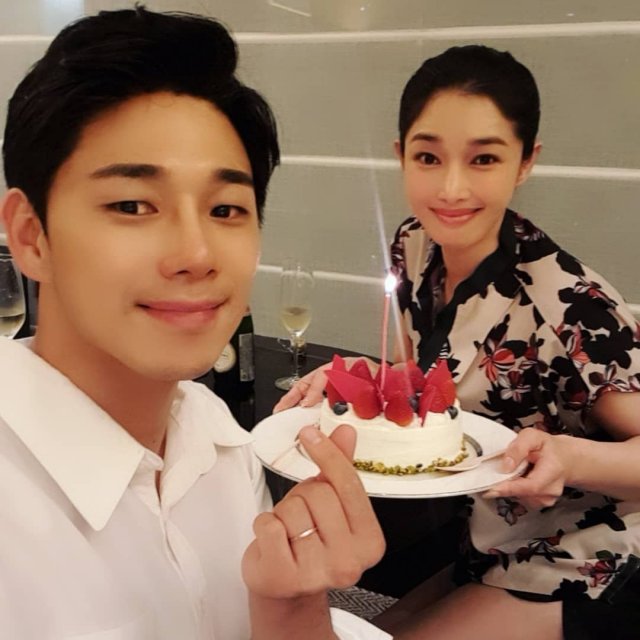 In the attached message, he gave thanks to everyone who wished them will in married life and said that their honeymoon will start in early August since, for some undisclosed reason, they can't go yet.

He then promised to live happily with his new wife. In the picture he can be seen making the hand heart signal. Behind him Sun-Woo Sun is smiling while holding a cake. His wedding is prominentely visible. The two were married on July 14th.