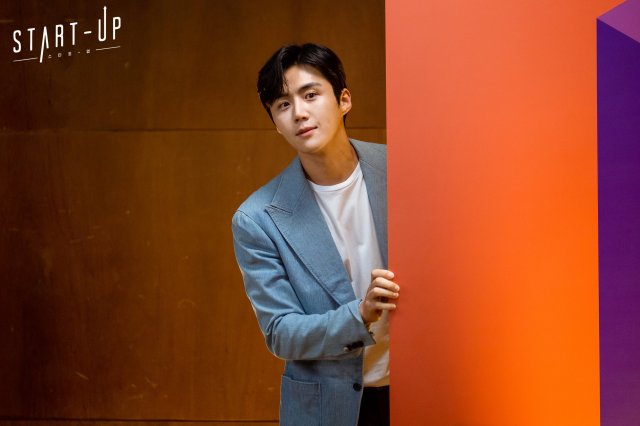 Going into its final week, on paper "Start Up" isn't much to look at. The drama has consistently hovered in the 5% range for its entire run. It has neither improved nor weakened the profiles of its lead actors Bae Suzy and Nam Joo-hyuk. But their co-star Kim Seon-ho is a different matter. Originally a stage actor, Kim Seon-ho made his debut with "Chief Kim" in 2017 with a supporting role as a philosopher turned accountant. His kind-hearted character was a hit with viewers.

Kim Seon-ho had similar supporting roles in "Two Cops" and "100 Days My Prince". His strong lead performance in the short drama "You Drive Me Crazy" also convinced casting directors that Kim Seon-ho had the right stuff to be a serious star. Nevertheless, Kim Seon-ho could never quite catch on with his big debut in "Catch the Ghost". Kim Seon-ho was in an awkward place. Though he had the right face to be a big star, his best moments had always been in an ensemble, rather than in his own right.

"Start Up" ended up being the perfect drama for the actor, ironically enough taking advantage of his past stilted success. Kim Seon-ho's image is that of a nice guy, a late bloomer who didn't start acting on television until after his mandatory military service. His can-do attitude was a perfect fit for the role of a man forced his way into success in the cutthroat world of entrepreneurs- and a particularly appropriate fit for his younger co-stars, lacking his experience both in and out of character.

Kim Seon-ho has also benefited quite a bit from the simulcasting variety show 2 Days & 1 Night in which he also stars. Simply by being able to watch both programs, fans grew to appreciate and were impressed by Kim Seon-ho's surprising range. His undeniable work ethic has won the appreciation of both co-stars and crew. Despite being a difficult factor to quantify, Kim Seon-ho appears to have proven that attitude and synergy can take a person far- but only if they're appropriately cast.