[HanCinema's News] Kangnam and his Bride to Honeymoon in the Maldives 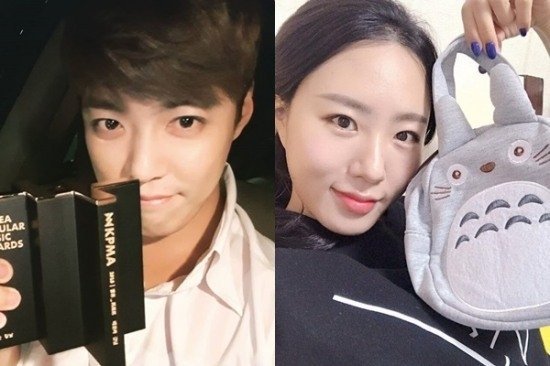 Following reports that KangNam is to marry his girlfriend, speed skater Lee Sang-hwa, the couple appears set to honeymoon in the Maldives. The vacation will take place after the couple is married on October 12th at an unnamed hotel in Seoul.

The couple first met on the variety show 'Law of the Jungle' last year in September. Their relationship was confirmed in March of this year and Lee Sang-hwa announced her retirement from speed skating in May. Since that point the two have appeared frequently in SNS together exchanging loverly cuteness in a public format.

The two suddenly announced they were to be wed in August. KangNam had to nationalize himself as a Korean citizen in preparation for the nuptials, as he is the son of a Japanese man and held Japanese nationality. The Maldives have proven a popular destination for South Korean couples on honeymoon. Lee Bung-hun and Lee Min-jung, among others, have been known to go to the islands in the Indian Ocean.

"[HanCinema's News] Kangnam and his Bride to Honeymoon in the Maldives"
by HanCinema is licensed under a Creative Commons Attribution-Share Alike 3.0 Unported License.