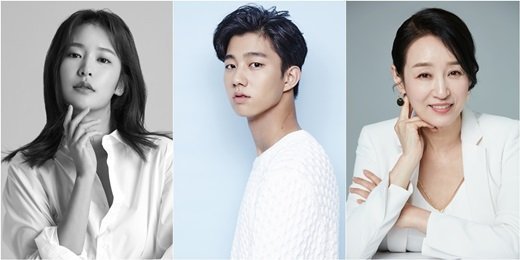 Casting details are emerging about "Catch the Ghost!", which will air on tvN sometime in August. The drama stars Moon Geun-young and Kim Seon-ho as subway police officers caught up in supernatural shenanigans.

Jung Yoo-jin will play Ma-ri, the head of the subway unit. The casting is a bit of a surprise, as the actress is only thirty years old, but she is being described as a hypercompetent working woman who prefers solitude. She was the first love of Kim Seon-ho's character, Ji-seok, and he still has lingering feelings about her.

Ki Do-hoon will play Woo-hyeok, a detective in the subway investigations unit with a penchant for piercing Ma-ri with fact attacks. Nam Gi-ae will play Ji-seok's mother, who has suffered from dementia since she was seventeen years old.

In a statement the production company behind "Catch the Ghost!" expressed confidence that these three actors would have a critical impact on the drama. They also expressed that the drama's unique backdrop of subway police and subway investigators would provide an offbeat kind of fun.