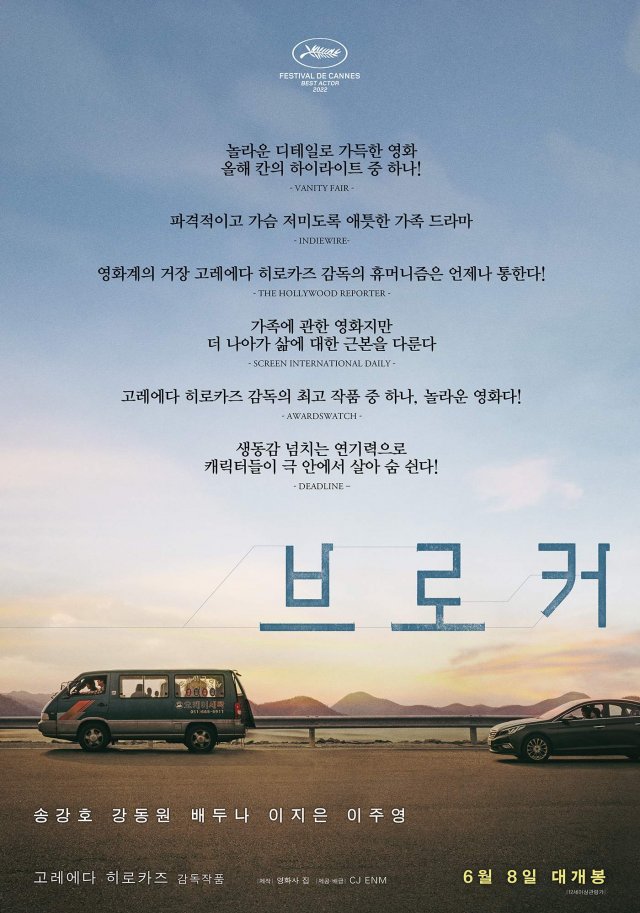 Following the conclusion of the Cannes Film Festival, "Broker" has released a new poster showcasing the positive attention the movie has received in the international press. Vanity Fair, Indiewire, the Hollywood Reporter, Screen International Daily, Awardswatch, and Deadline are all quoted- albeit their words have been translated into Korean. The picture chosen also shows that the main characters in the van are being followed, a story element not emphasized in previous posters.

The release of "Broker" was highly anticipated worldwide as the movie is a collaboration between Japanese director Hirokazu Koreeda and South Korean actors such as Song Kang-ho and Bae Doona. The film is now hopeful for a strong domestic box office performance similar to what "Parasite" saw in 2019 following similar hype. With a collapse in interest for the new Jurassic World movie, "Broker" will be the next major obstacle faced by "The Roundup" as it attempts to hit the ten million viewer mark.