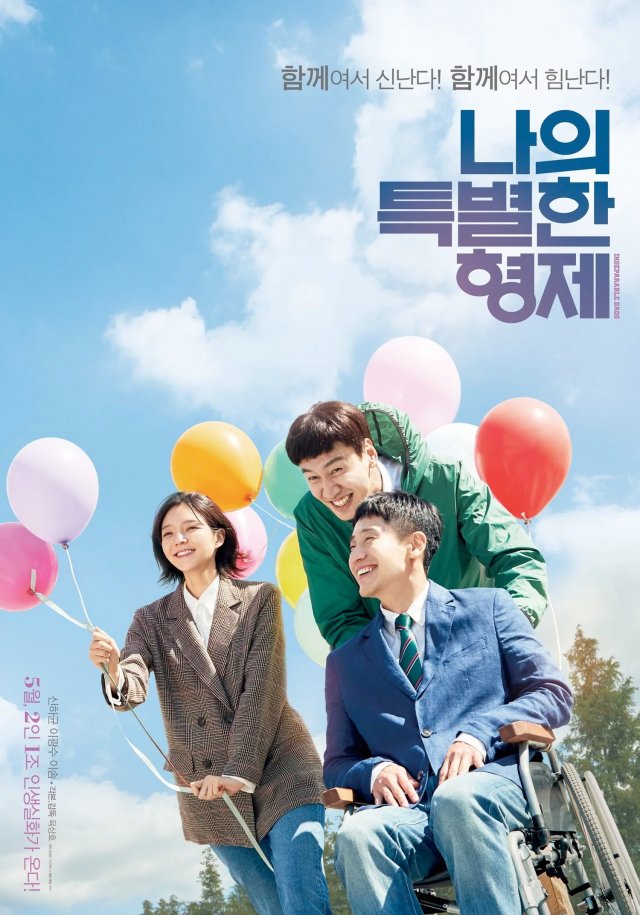 In its first two days in theaters "Inseparable Bros" has attracted 241,612 viewers. While these numbers may seem weak in comparison to the latest Avengers movie "Inseparable Bros" is doing well compared to other recent films about mentally challenged persons in South Korean society which proved to be sleeper hits.

First, "Keys to the Heart" from last year had 262,426 viewers two days into it release. It was also dealing with much weaker competition in the form of the third Maze Runner movie. Second, "Innocent Witness" from earlier this year had 203,349 admissions earlier this year, its main competition being the very popular "Extreme Job" in its final weeks of box office dominance.

It remains to be seen how popular "Inseparable Bros" will be in the long haul. So far viewer reaction has been positive, as the film has a 9.36 rating on Naver and a 9.0 rating on Daum as of this writing.