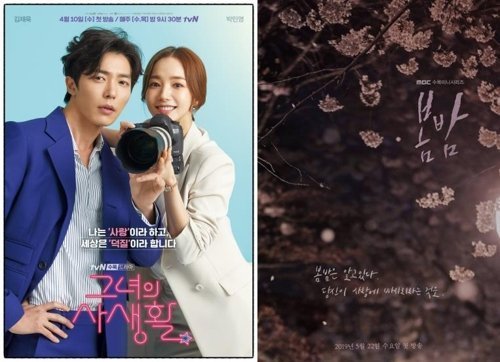 On May 30th figures released by CJ ENM offer a glimpse of how the drama market is changing so as not to be driven entirely by terrestrial ratings. In the figures, "Her Private Life" can be seen as having a commanding cumulative twelve million petitions for rewatch over its first three weeks, with the second and third weeks showing dramatic increases. 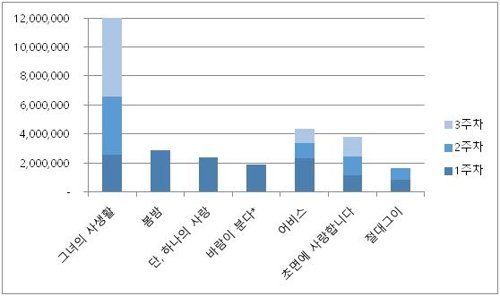 By comparison "Abyss" and "The Secret Life of My Secretary" are shown just barely scraping the four million threshhold for rewatches over the same time period. "Abyss" starts out at about the same level that "Her Private Life" does, but quickly falters. "The Secret Life of My Secretary" starts out with less than half the petitions of "Abyss", but easily catches up thanks to more stable popularity over the next two weeks.

Regarding the new crop of romantic dramas the figures are more speculative. There is only one week, after all, with which to compare "One Spring Night", "Angel's Last Mission: Love", and "The Wind Blows". All three have similar figures between two and three million petitions. But "One Spring Night" has shown very strong positive social media reactions akin to what "Her Private Life" had, while "Angel's Last Mission: Love" is suffering from negative social media reactions, much as "Abyss" has.

"[HanCinema's News] Figures Indicate "One Spring Night" May Follow "Her Private Life" as Popular in Online Screenings"
by HanCinema is licensed under a Creative Commons Attribution-Share Alike 3.0 Unported License.