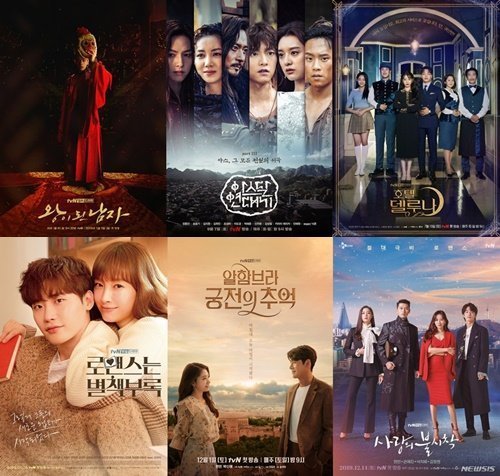 As usual, South Korean cable dramas in 2019 showed strong diversity in genres, tone, and subject matter. But an increasing reliance on elaborate high concept premises has been showing increasingly erratic results. This year's indisputable tvN successes can be counted on one hand - "The Crowned Clown", "Arthdal Chronicles", "Hotel Del Luna" and "Memories of the Alhambra" all had solid ratings.

But the list of failures has been daunting. "Abyss", "He Is Psychometric", "When the Devil Calls Your Name", "Melting Me Softly", "Confession - Drama", "Search: WWW", "Romance is a Bonus Book", and "Her Private Life" were produced with high expectations, yet had surprisingly poor performances. "Crash Landing on You" and "Black Dog" appear to have reversed this trend going into the new year.

OCN also had high expectations for this year, seeking to move beyond American style crime procedurals into high concept storylines. While the rebranding in general has been successful, ratings are similar to previous years. "Strangers from Hell" was the best-performing project, but it never broke 4% ratings and was prone to radical swings in that department. "Save Me 2" and Voice 3" were also unavoidable attempts to capitalize on the success of past OCN dramas with limited results. 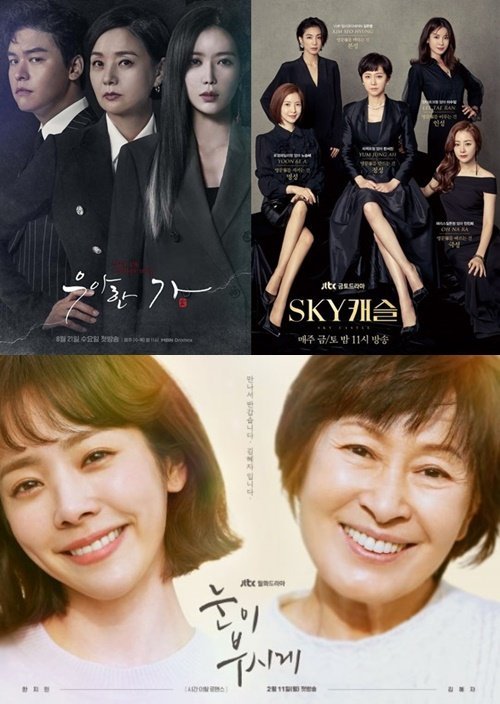 JTBC, compared to other networks, is not as concerned with branding and ratings-based strategies. So it was surprising for the network to come out with two of the biggest hits of the year in the form of "SKY Castle" and "The Light in Your Eyes". "Graceful Family" also had unprecedented success, given how it aired on the largely unknown cable network MBN. This suggests that individual projects, rather than brands or concept, may be the real critical element behind successful dramas now.