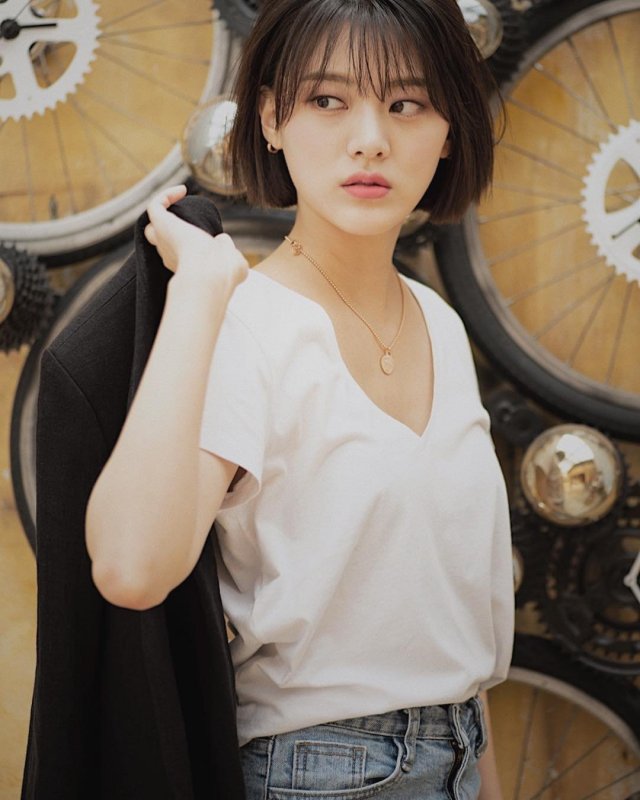 PF Company has confirmed that their new actress Baek Soo-hee will be appearing in the highly anticipated upcoming drama "Be Melodramatic" from writer/director Lee Byeong-heon-I. Baek Soo-hee will play Ji-yeong, the younger sister of lead character Jin-joo, who is going to be played by Chun Woo-hee.

Ji-yeong is being described as a generally logical character who is sometimes prone to saying wacky things. She's most likely intended to be a generational foil to the drama's older characters, who are in their thirties and feeling ambivalent. Ji-yeong is also probably intended to provide some humor to the project.

While Baek Soo-hee is still a generally unfamiliar face in the South Korean entertainment industry, she does list among her few credits an appearance in "Twenty", the comedy film that launched Lee Byeong-heon-I's mainstream film career. Coming off of "Extreme Job" Lee Byeong-heon-I has also made it clear that he is still interested in comedy.

"[HanCinema's News] Baek Soo-hee Cast for "Be Melodramatic""
by HanCinema is licensed under a Creative Commons Attribution-Share Alike 3.0 Unported License.