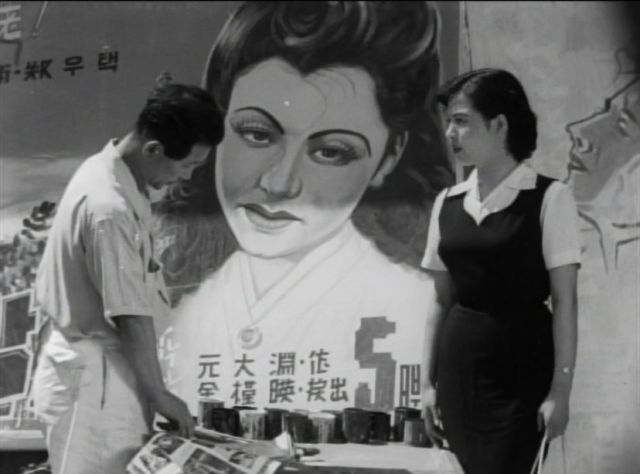 "The Widow" is quite a significant production for the cinema of S. Korea as much as unlucky for its director, Park Nam-ok, a Korean athlete who became a journalist and then a director. The significance lies with the fact that this was the first film to be directed by a woman in Korea and the one that opened the First Woman Film Festival in Seoul in 1997. The unlucky part has to do with the fact that Park found it extremely difficult to complete the film, which took her 6 months to do so, particularly because her sex made the owners of a number of recording facilities for post-production reluctant to let her use their space and equipment. Furthermore, only one theater in Seoul showed the movie and only for four days, expectedly resulting in financial failure for Park, who decided not to pursue filmmaking after that. Lastly, the only known print of the film lacks the last reel completely, while the second to last reel is missing the soundtrack.

The titular character is a young war widow named Sin-ja, who barely manages to sustain herself and her young daughter Joo, and shares the premises with two other tenants, a disillusioned single woman (who even drinks and smokes), and a drunkard. She receives some financial help from a friend of her husband, Lee Seong-jin, a rather well-off president of a successful company. However, since Sin-ja is very beautiful, Lee's reasons are not exactly altruistic, and his rather jealous and controlling wife soon comes knocking Sin-ja's door, demanding to leave her husband alone. The timid and shy Sin-ja is "saved" by her next-door neighbor, who gives  Mrs. Lee a taste of her own verbal medicine. Soon, however, it is revealed that Mrs. Lee is not exactly the face of virtue herself, since she uses the money her husband gives her to accommodate her lover, a young man named Taek. One day in the beach, all four of the characters appear at the same time, in a series of events that end up with Taek saving Joo from drowning and him and Sin-ja starting a romantic relationship, to the growing frustration of Mrs. Lee. Eventually, Sin-ja "exploits" Taek, using his money to set up a business, inviting him to move in, and even leaving her daughter to her drunkard neighbor to take care. At one point however, Taek's girlfriend, whom he considered dead, returns and the young man has to choose between the two women and all that they represent. 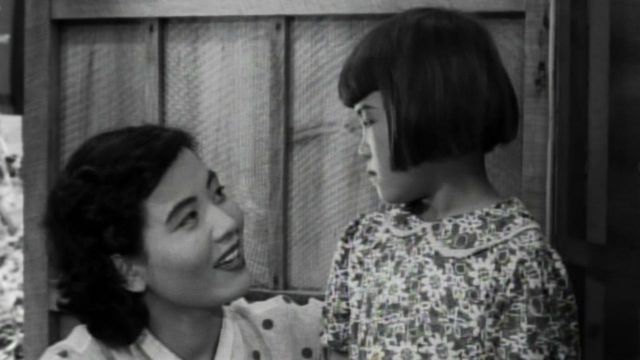 Park Nam-ok presents a rather invigorating story, which, finally, presents women in the urban setting as in charge of their own fate and not just the recipients and/or carriers of tragedy for them and their families when they decide not to follow the rules of Confucianism. In Park's world on the contrary, the women are those who manipulate the weaves of fate, with the men, in essence, being puppets to their will.

The film begins as a distinct melodrama, with the scene with the daughter walking to school introducing the concept quite eloquently. However, and despite the fact that Joo's arc moves towards the melodrama for the whole of the movie (at least the part saved), the narrative soon becomes more erotic, with the quartet shaped by Sin-ja, Lee Seong-jin, Mrs. Lee and Taek providing the main arc of the story. This aspect is what sets the movie apart from many productions of the era, but it is not the only. The subtle but eloquent elements of eroticism are also unusual for the time, with the scenes at the beach (particularly Taek caressing Mrs. Lee's legs) and the sequence in the hotel where the four meet, being unusually bold in their implications. Furthermore, the presentation of Sin-ja firstly as a human being (with all her faults and virtues) is also quite unique, since the character escapes the Confucian archetypes that want women to be only daughters, wives and mothers. Sin-ja is nothing of the first two, and the way she dismisses the third capacity is almost shocking. At the same time, however, Park also highlights the fact that women at the time were forced to rely on manipulative behaviour to survive in the male-dominated society, in a rather disillusioned and highly realistic comment.

Also quite interesting is the role of the neighbor, with her always being eager to "push" Sin-ja towards using her beauty to manipulate the men around her, and her presence actually functioning as a kind of "excuse" for Sin-ja's behaviour. Additionally, the fact that she also acts as the widow's bodyguard while the man in the premises is eventually "relegated" to the role of the mother, also adds to the gender - reversal that characterizes the movie. No Gang gives a great performance in the role, with her always cheerful and ready-to-fight attitude being anything but stereotypical. 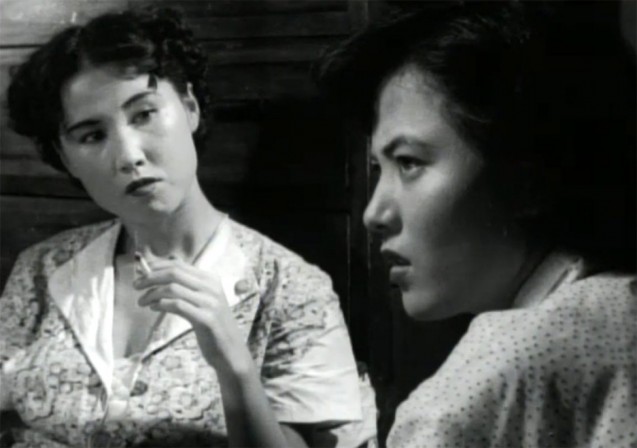 Lee Min-ja is also excellent as Sin-ja, with her highlighting her repeated transformations (from timid, poor woman and mother to an almost femme fatale), with artistry and realism, and a sense of measurement that is also unusual for the era. Park Yeong-suk as Mrs. Lee is also quite good, in the role of the "villain".

DP Kim Yeong-sun portrays the various settings of Seoul (the poor neighborhoods, the rich ones, the market, the beach etc) quite realistically, additionally focusing much on Lee Min-ja's evident beauty, through repeated close-ups. Jeong Jun's editing allows the story to unfold in a leisurely pace, without, though, becoming too slow at any point, while the transition among the many scenes is quite smooth.

"The Widow" is a very interesting and entertaining film, that definitely deserves a watch, also due to its significance and the many ways that strayed away from the then norms.