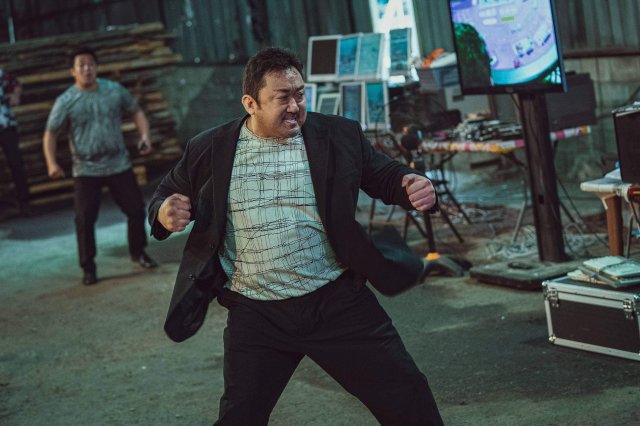 With a million admissions in its first two days at the South Korean box office, "The Roundup" has already vastly outperformed any other domestic South Korean films that's been released since the beginning of the COVID-19 pandemic. It remains to be seen just how well it will do in the long-term. But in the meantime, I imagine many of you are wondering whether this champion of the South Korean film industry is any good. And well...that depends.

"The Roundup" is actually the sequel to the hit flick "The Outlaws" from 2017, which earned nearly seven million admissions despite expectations for the cop action movie being fairly low. As to why "The Outlaws" was so successful, well, it was a movie with some fairly high quality setpieces. It certainly helped that the movie had Ma Dong-seok in the leading role as a really big, really tough guy who reacts to nearly every outrageous situation with a sense of extreme patience. 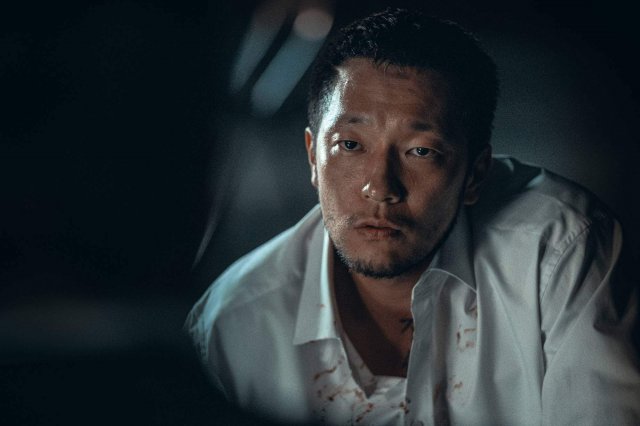 Anyone who liked "The Outlaws" will like "The Roundup" too. It has the same exceptional action scenes as well as the same strong chemistry from the leads. "The Roundup" is, like its predecessor, very unapologetically a guys' movie, where even a reference to a blind date just turns out to be a veiled reference to the latest scheme by our cops to find more bad guys to brutalize. And this time they even go to Vietnam to do it.

Why they went to Vietnam, I'm honestly still not sure. Despite frequently skirting dangerously close to racism in its depiction of the Vietnamese criminal underworld, "The Roundup" somehow manages to successfully depict nearly all of the crime in Vietnam as being due to Korean immigrants. Which is to say, that Ma Dong-seok goes to Vietnam with a specially selected ally, and then eventually returns to South Korea with the full team ready to hunt down the bad guy.

To that goal, Ma Dong-seok just, like, openly tortures a guy to try and extort information. But that happened in "The Outlaws" too, so "The Roundup" is only really more ethically fraught in the sense that the police brutality crosses international borders. The sequel's bigger ethical issues might be how the age rating is for fifteen and up. "The Outlaws" was straight up banned for younger viewers, even though as far as I can tell both movies have the exact same level of violence.

"The Roundup" is so tonally identical to the first movie there's really not much new to say about it. If you liked "The Outlaws" you will like "The Roundup" and vice-versa. There's a good chance you'll like "The Outlaws 3" too whenever it comes out. Personally I'm not a fan. I don't think police brutality is all that amusing no matter how much charm and worksmanship is put into it. Unfortunately, at this point I don't think I can be all that surprised that a movie like this one ended up being the one to boost the fortunes of the domestic South Korean film industry.