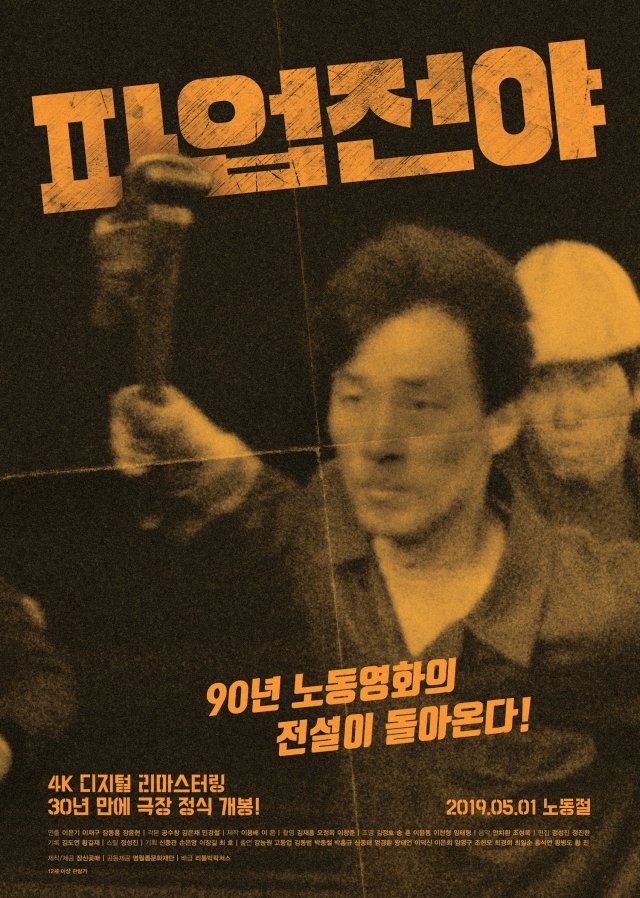 From the beginning sequence of "The Night Before Strike" the movie wears politics on its sleeve. This is a film about the importance of labor unions, and how they're the only thing standing between the employees and oppressively miserable working conditions. The men and women who work at Dongdung Metal have a good sense of camaraderie. In one particularly adorable sequence we see two of them engaging in pillow talk, apparently totally naked beneath the covers. But the power of friendship is no cure for being forced to work into the wee hours of morning to meet production quotas.

"The Night Before Strike" isn't just an old movie in terms of its crude style and storyboarding. The film is an entry in a kind of genre fiction that doesn't even exist anymore- it's a union film made by union members for union members, to emphasize the importance of unions and noting that however sweet management may seem when they want to cut a deal, to them you're always just be a scumbag.

The hypocrisy of the managerial classes is also on fine display. I liked the recurring device of alcohol. Specifically, how managers look down on the filthy drunks at the metal plant who have the impudence to show up to their jobs inebriated. Meanwhile, any time the managers sit down amongst each other to talk about anything, the venue of choice is typically a hostess bar where they drink prestige foreign alcohol instead of cheap rice wine.

And how do they afford this? By exploiting the proletariat of course. It's never clear what the managers do to earn their high salary while the impoverished workers actually smelt the metal. Hiring squads of armed goons to break up labor protests seems to be their main function really. This is all basic Marxist theory, naturally, but communicated in obviously relatable terms so you can see yourself as a character in this grand drama where eventually, a line is drawn in the sand.

"The Night Before Strike" is obvious propaganda in that respect. And really, if you're one of those people who are convinced that striking laborers are just whiners, and that the market is always right and is incapable of creating injustice, I doubt "The Night Before Strike" will convince you otherwise. But the important thing to remember about this movie is that it predates a rhetorical environment where changing minds was seen as the critical goal of political speech.

No, "The Night Before Strike" is a movie about inspiring those who can directly relate to the film's experiences to pick up that wrench, much like the characters do at the end, because it's better to die on your feet for your fellow workers than live on your knees as the servant of capital. "The Night Before Strike" is a movie about how the managerial class will never willingly compromise, because it's against their job description. They are the enemy, and once the workers forget this, only then are they truly doomed.

"[HanCinema's Film Review] "The Night Before Strike""
by HanCinema is licensed under a Creative Commons Attribution-Share Alike 3.0 Unported License.