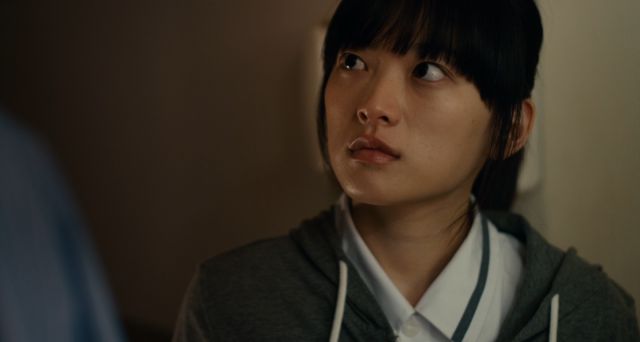 In the spotlight this week: Lee Su-jin's "Han Gong-ju"...

Violence and sex naturally find their way in cinema. The play of shadows casts fantasy worlds for us to enjoy and exist in, desire-dripping entertainment that may be indulged as either dream or nightmare depending.

There are, obviously, shades of grey tethered along this sadomasochistic spectrum, but the pure violence of the act is too often in service to excessive pleasure-"Enjoy!", we are told, and we do excessively well for ourselves.

Lee Su-jin's debut film "Han Gong-ju" is not about sex or violence, it's about grit and life drives; it's about Gong-ju and her right to destroy herself; after all the sex, after all the violence:

"If I draw out a tune in my mind... Everything before me turns into notes. Then, the song begins. The sound of breathing footsteps, the wind... Even scratching metal sounds. Saying, "It's okay"... Then, for a moment I forget loneliness or sadness".

Gong-ju was drugged and gang-raped. She's humiliated and alone. This is her story.

It's easy to shoot sex/violence on screen, too easy. What's challenging is capturing the psychological profundity an extreme synthesis of these urges can have on an abandoned soul. This is that film.

Our heroine (played by Chun Woo-hee) will soon arrive at her new high school (a stressful event in its own right, and especially when you're alone and it's forced-again), but first her old teacher takes her to his mother's house and begs for her to take her in. No one wants her you see: she's a shameful little whore who's caused an almighty fuss for real families.

Her mother's changed her cell number (and has her own problems, the "economic situation", her new boyfriend, and th...), her father is an opportunistic alcoholic to be kept at arm's length, her best friend (who shared the preceding horror with her) she saw jump to her death...and her only desire is to sing softly to no one and learn how to swim twenty-five meters by herself.

The film pulls fluidly from past to present and back again, revealing and concealing truths as we witness a human husk find its way to water. The transitions themselves are virtually invisible, they blur her painful past with a cruel current to reveal the real threat that is her future. Again, she has the right to destroy herself.

The film draws inspiration from a shocking real-life case of mass misogyny and sadism that occurred just over a decade ago in Milyang, Gyeongsangnam-do Province. Many boys went to prison, many boys went to detention halls, and many boys got off by paying for their pleasure, her pain.

The violent details and tortuous truths of the case are, thankfully, unimaginable. And it's a testament to Lee's sensitive cine-eye and artistic honesty that such a tender treasure could emerge from such hellish co-ordinates.

Available on Blu-ray and DVD from YESASIA