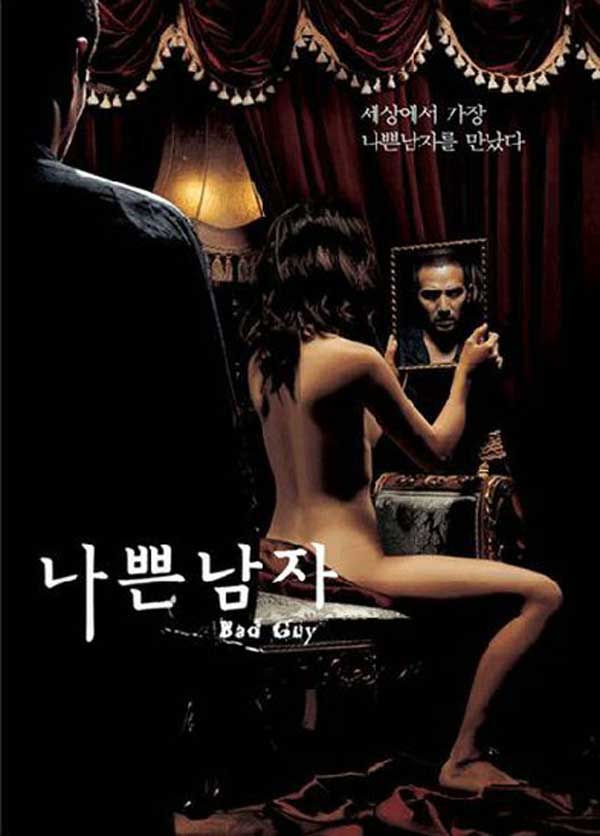 Love, sex, violence and prostitution, these are some of the things you will find in Kim Ki-duk's "Bad Guy" (2002). This controversial film has received mixed reviews over the years, but if you're looking for a turbulent and violent ride about sadistic love, "Bad Guy" delivers.

The Story and Characters

Han-ki (Cho Jae-hyun) is a mute pimp walking down a busy street. His gaze is captured by the beautiful Sun-hwa (Seo Won) and he must possess her. As she sits on a bench waiting for her boyfriend to arrive, she is disturbed by Han-ki's glare and moves. When her boyfriend arrives, Han-ki steals a long and violent kiss. Despite being beaten with a trashcan, he holds on tight. Eventually, after some off-duty soldiers step in, he is restrained and told to apologise to the young girl. The mute thug offers no sign of remorse and is spat on by Sun-hwa. The opening scene really is a microcosm for the rest film as we dive into the darker corners of love.

Han-ki then stalks and traps her, getting her to sign a contract for a large amount of money that she is incapable of repaying-her body now belongs to him. Han-ki then watches over her in his red-light hellhole, forcing her to make good on her debt. When she retreats to her backroom, he observes her through a one-way mirror. Despite Sun-hwa's attempts to flee, Han-ki ensures that she stays exactly where she is.

Sun-hwa, to a certain degree, resigns herself to the situation and holds down her stall. She doesn't put in the effort the other girls do in trying to lure customers in, but her beauty attracts them nonetheless. She still despises her situation but her will slowly erodes. After a number of violent incidences on the strip involving Han-ki's enforcers and rivals, Sun-hwa and her taciturn pander hit the road together in a very controversial and twisted conclusion.

"Bad Guy" shows us the perturbing side of love and desire. Its scopophilic images and plot are deeply embedded with the film's sadomasochistic themes of violence and sex. A lot can be said for Sun-hwa's decision to stay with Han-ki as their relationship is anything but desirable. The voyeuristic pleasure Han-ki gets through secretively watching her is perverse; her decision to continue prostituting herself with him is masochistic and a little baffling. In this way their relationship is actually fitting but it is the process of how they get there that might have some scratching their heads.

Our mute thug's emotions are hard to pin down and Sun-hwa's transition (from innocent to consenting whore) is somewhat unbelievable as it unfolds on screen. Maybe the viewer is required to read a little too much between the frames, but the final scene felt more like a plot twist, not the product of culminating events.

I enjoyed "Bad Guy". It's a morbid love story that addresses some of the unbelievable things people choose to commit to. Despite some of my issues with the character motivations, I believe that the intention of the film was not so much to make the viewer understand their love but rather just to observe it. Like Han-ki, we must watch behind the glass, voiceless and powerful, taking pleasure in the spectacle. This is not going to be everyone's cup of tea, as some will simplify it to its abusive core with the appropriate feminist critique. But as it stands "Bad Guy" should be approached as an art house film with Kim Ki-duk's directorial expression as the take-away.

Please feel free to comment on this review. Discussions are welcomed!

Available on DVD from Amazon and HK Version from YesAsia