[HanCinema's Film Review + Video] "Once Upon a Time": A Rough Diamond Delight 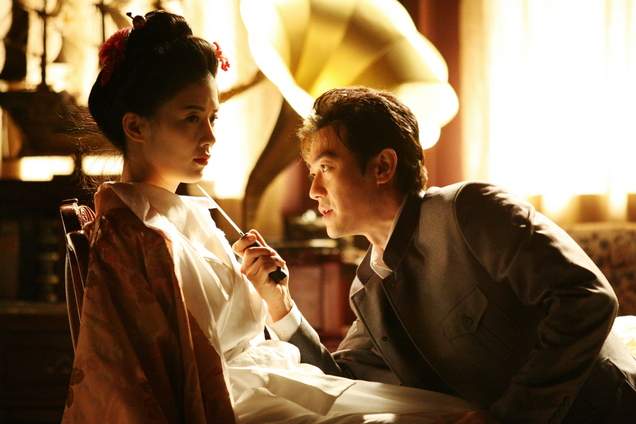 On 6 August 1945 Prince Wu (the last remaining member of Korea's imperial family) was horseback riding to work in Hiroshima when, 44.4 seconds after a perfectly planned 08:15 release, America's 'Little Boy' and its uranium payload cruelly crushed any hopes of a royal revival. "Once Upon a Time" (2008) is set around these landmark lessons from WWII, and follows a revolutionary swindler (Park Yong-woo as Bong-goo) and a jazzy cat burglar (Choon-ja played by Lee Bo-young) as they con and scratch over a mythical diamond: "The Light of the East", 300k of coal from Korea's proud Silla dynasty (57 BCE – 935 CE), and the slippery object of desire driving this entertaining and edgy heist flick.

Director Jeong Yong-ki takes us into 1940s Korea, specifically around the years leading up to Japan's surrender that ended the empire's asphyxiation of C-culture. A rare diamond has been found, a drool-worthy jewel (diligently discovered in a grave) that becomes a 600g magnet for one high-ranking Japanese official (and becomes of special interest to the Empire as they demand delivery of this Korean relic), a murder of mudbloods and turncloaks (least of all Choon-ja and her moonlighting as the raider "Haedanghwa", or "Japanese Rose"), and other independent pockets of resistance fighters (who are mostly cut off and passive aggressive like their long-lost prince).

The relationship between Bong-goo and Choon-ja is particularly interesting when comparing their public and private selves. Bong-goo is debonair, deceitful, and seems coldly set on the rock-hard task at hand, but hides a tempered moral compass deep behind the many masks he wears. Choon-ja is a desirable diva, a vocal femme fatale who, when she's not spot lit and gaze grabbing, raids safes to fund her dream of opening a jazz club in Russia (but eventually realises, however, that America might be a better bet). This sexy sneak and crooked crusader made for great entertainment, and their relationship is alluring and curious, but ultimately masochistic and nourishly moot. Still, these cardinal characters, and to be fair an array of satisfying supporting roles (used mostly for comedic effect), kept this hearty heist tale together long enough for me to want to see what liberation looks like.