[HanCinema's Drama Review] "Why Her?" Episode 7 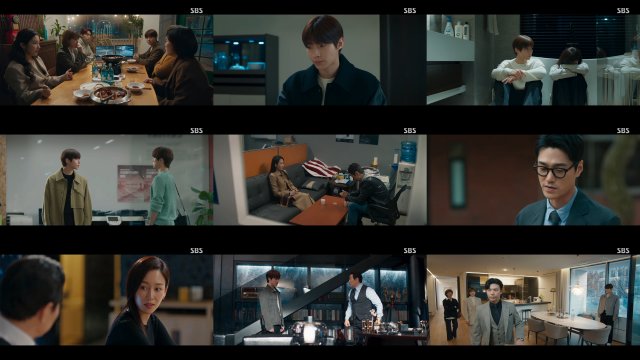 The nightclub owner and enforcer of the Choi family's plans, Seok-pal, claims to have murdered So-yeong, a hostess who turned out to be pregnant, although the identity of the father remains unknown. Soo-jae, our lawyerly heroine, was the recipient of Seok-pal's ominous confession. She arrives on the scene with Seok-pal slumping over in a car that explodes in short order. It turns out that Soo-jae is all right, although this doesn't stop Chan, her adoring student, from locating and fussing over her.

This locating and fussing amounts to most of the the first half of this episode, where not much else happens. Second Son Choi gets into an unconvincing tiff with Chan, getting mad at the lead character for being the guy Soo-jae turns to in her hour of need. The scene itself is dull, although there's an interesting subtext at play in that Soo-jae doesn't ask anyone for help ever. Chan practically has to force Soo-jae into letting him comfort her from a fairly horrifying incident of traumatic stress.

The relationship between Soo-jae and Chan isn't poorly done, or even irrelevant, although it definitely slows down the more engaging mystery aspects of the premise, to the point that some of the most genuinely intriguing moments are just one-off lines. It seems extraordinarily likely, for example, that Chairman Choi masterminded the entire explosion of Seok-pal, but we don't know for sure. If nothing else, Chairman Choi is only expecting Seok-pal's death to be a temporary inconvenience for our lead ace attorney.

This doesn't strike me as a reasonable assumption, given the surprisingly intense nature of the evidence revealed in the latter part of the episode. Although again, who's responsible for anything that happens is deliberately left vague. Another one-off scene clearly suggests that CEO Yoon had more than just a professional interest in the ongoing financial drama. He's also connected to Dean Baek (played by Kim Chang-hwan).

In the case of Dean Baek, who plays the role of concerned senior professor to Soo-jae, I've underestimated the importance of his role in the past. Soo-jae has already realized that her placement at this particular law school has some specific meaning behind Dean Baek's mere benevolence. She likely isn't aware of his visits to a sanatorium to visit another character of ambiguous importance. Although all of this is the trouble with reviewing "Why Her?" at all. There's not much to criticize, when the mystery layers everything in ambiguity.