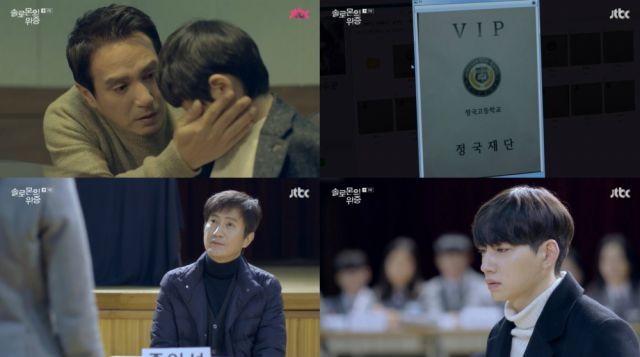 Things get emotional in episode nine of "Solomon's Perjury" as we dive deeper into the relationships and pain of different characters. Woo-hyeok makes a bold decision which initiates his biggest challenge of morality yet and the truth about his own part in So-woo's death is revealed. Ji-hoon's identity is being questioned and his past with Kyeong-moon is revealed to us with unknown intent.

Woo-hyeok (Baek Chul-min) has matured as a character and taking the stand is the culmination of this. On the practical side, this scene reveals what we have all known; Joo-ri (Shin Se-hwi) has been lying. Much more importantly, however, it forces Woo-hyeok to face his actions and holds him accountable for them. He is as much a perpetrator of abuse as he is a victim of it. He and by extension viewers get the harsh reminder that we cannot define what is and is not traumatic for other people. 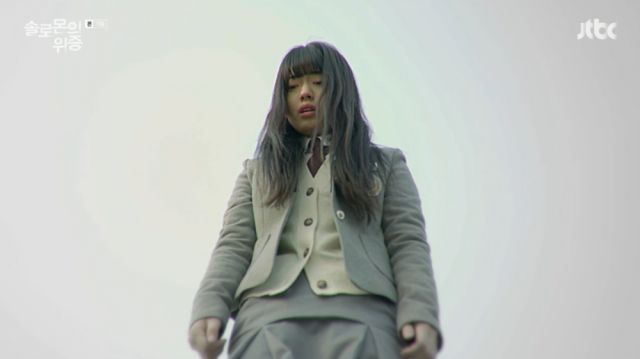 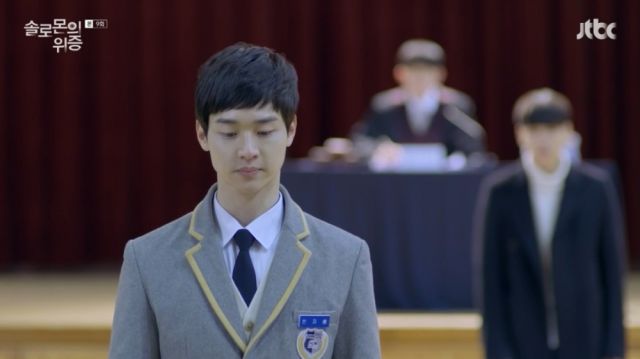 Now that Woo-hyeok has been effectively exonerated, Seo-yeon (Kim Hyun-soo) can start asking the important questions without tilting at windmills. Ji-hoon (Jang Dong-yoon) is clearly the crying student, given his reaction upon hearing about him. His identity is already known by reporter Park (Heo Jung-do) and detective Oh (Shim Yi-young), so it is only a matter of time before others follow. Ji-hoon will have to handle the fallout of his manipulation, but his intelligence and genuine want for the truth are things I hope Seo-yeon will still use.

Moving on to another topic and one which intrigues and puzzles me, episode nine finally delivers on Kyeong-moon (Cho Jae-hyun) and Ji-hoon's past. These scenes paint a beautiful relationship between father and son, but I wonder what their function is and what has changed since then. Is this flashback a reassurance that Kyeong-moon is still a great person or is it showing us his potential as a role model only to tear it down for dramatic effect later? I am still fairly certain So-woo (Seo Young-joo) committed suicide, but that does not mean Kyeong-moon is not too far gone morally. 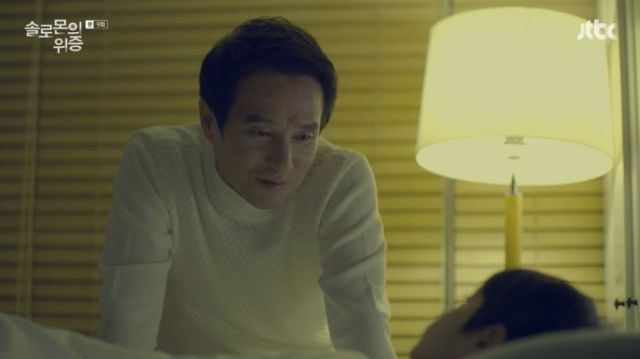 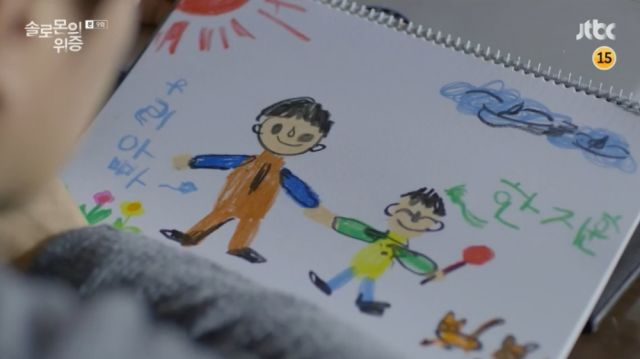 The flashback makes me curious about Kyeong-moon's choices, the motivation behind which is a mystery. We have been shown that Kyeong-moon underestimates teenagers or at least pretends to, but why does someone now revealed as a good man who used to fight crime work for Jeong-guk Foundation? Has it given Ji-hoon privileges he normally would be denied due to adoption stigma? Are there people who would threaten his life if Kyeong-moon were to quit or is this about money?

While Kyeong-moon having done something irredeemable is still possible, it would be devastating to see after the lovely revelation of the father-son bond. The creators encourage these feelings for a reason. Dramaland could use more positive portrayals of single parents and adoption, so I pray to the Dramagods that we get a happy ending for these two.