Tensions come to a head as Joong-won's past is finally sorted out and Gong-shil remains determined to live life independently of Joong-won. While Gong-shil wants to help him resolve the Hee-joo situation, she also is terrified to be involved with him. She doesn't want him to get hurt again. It's a decent reason to sacrifice a relationship and pretend that she doesn't care, but at the same time, noble idiocy is exasperating.

The storyline involving Hee-joo's living sister is a bit pedantic. What is more interesting is the effect that the plot thread has on Joong-won, Gong-shil and Joong-won's secretary, Gwi-do. The living sister is actually the real Hee-joo and she framed her twin, Han-na, for the kidnapping. This made Joong-won believe for years that the girl he loved was evil and betrayed him, but she wasn't. The emotional repercussions of the situation are poignant and realistic. They are relatable. Joong-won struggles to cope with the truth and fires Gwi-do for not telling him that he is Hee-joo and Han-na's uncle. He and Gong-shil separate now that they have no use of each other. (I want to remind them that they love each other. That's a pretty good reason to be together!) 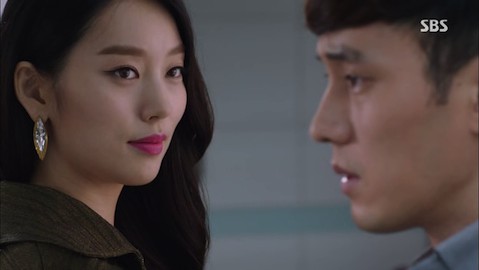 Then there is the story behind Gong-shil's past. She wandered as a spirit for three years with ghost-seeing Lee Chun-hee's character while she was in a coma. She chooses to revisit the places she visited with Chun-hee instead of remaining with Joong-won. She fears bringing him into her dangerous world and thinks she should stay with people like her. It's an understandable sentiment and really addresses a universal problem. Should people stay in their comfort zones when love is concerned? Or can they step out of those zones and love even if it's difficult? Joong-won and Gong-shil have been dancing around the issue for a while. They are of different socioeconomic statuses and she can see ghosts while he can't. These are two huge barriers to overcome. Is their love and their relationship worth the time and effort? Or is separation the best way to settle their relationship? 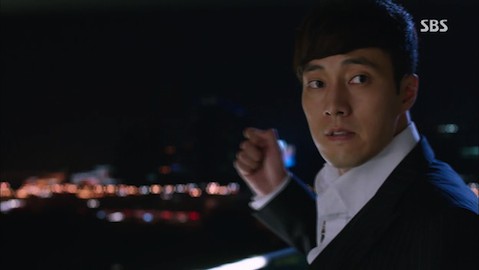 There is one more aspect to this episode that I love: how it deals with amnesia. Rather that being a source of ridiculous conflict, it becomes a vehicle of exploration for Joong-won. Despite the fact that there is a magical block on his memory, he remains changed because of his relationship with Gong-shil. He finds that although his actions during his memory gap are surprising, he doesn't much mind them as he once would have. And he still is drawn to Gong-shil as he was before. It's a wonderful character consistency that was also seen in Park Soo-ha after suffering amnesia in "I Hear Your Voice".

With two episodes left, the show should turn to the amelioration of Joong-won and Gong-shil's relationship as well as her truly coming to terms with her ability to see ghosts. Right now she is just dealing with it because she has to. I want to see it become a real part of her life that she doesn't fear, or shun, or put up with. She needs to integrate it into her routine and accept it. The time she had with Joong-won as her shelter was the catalyst for understanding. Now she just needs to follow through.