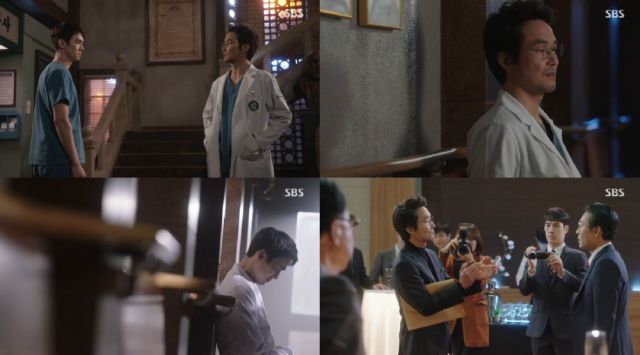 Hurray for a fresh and interesting twist which fixes some of the mistakes of episode eighteen. "Dr. Romantic" has pulled these before and it is good to see it do the same near the end, especially after the previous few shaky episodes and their erratic character developments. As Dong-joo comes to terms with his new information about the past, Doldam prepares for one last fight with the relentlessly shameless Yoon-wan.

As I assumed would happen due to the time constraints, Dong-joo's (Yoo Yeon-seok) emotional crisis over the past does not last long. Where the series pleasantly surprises me once more after a long time is in how this past is handled. I was fully prepared to see another sanitized solution with blame put on Yoon-wan (Choi Jin-ho) for falsified documents. The series sticking to its concept about Teacher Kim's (Han Suk-kyu) decision is a great development. 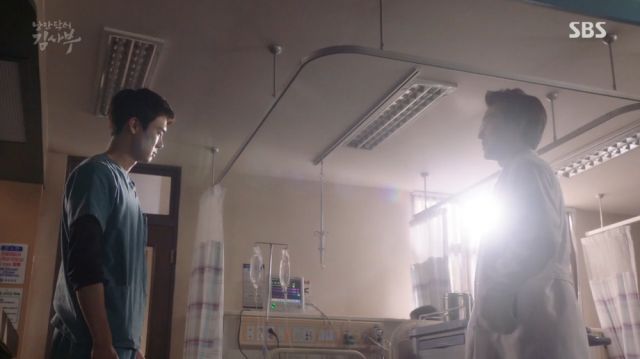 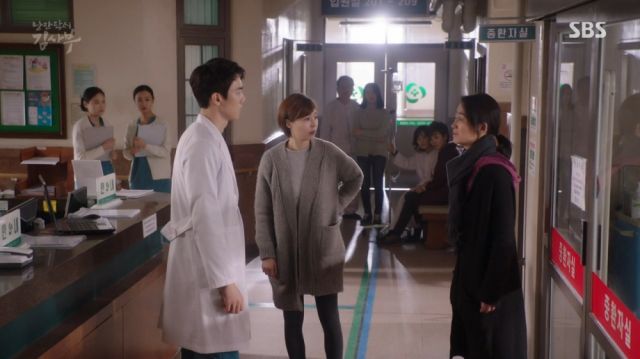 It brings back the exploration of moral challenges in medicine which the show had benched in favor of "Dr. Evil" drama for quite some time. It is also a true challenge for Dong-joo as a doctor and for Teacher Kim as a mentor. Of course, part of the resolution is done in the show's usual ham-fisted manner. The convenient emergency situation puts Dong-joo on the other side of his dilemma. Even so, not going for the easier answer feels like the drama has made a little return back from Soapland.

There are still topics to address, however. Teacher Kim is now determined to cause mayhem. This is bound to bring a lot of new information to the surface and I hope Chairman Sin's (Joo Hyun) secret will be included. We do owe a lot to the decency of Reporter Oh Seong-jae (Kim Min-sang) and while his presence is convenient, it is a solid addition to the overall message that good people exist in many places and that they can do good together. 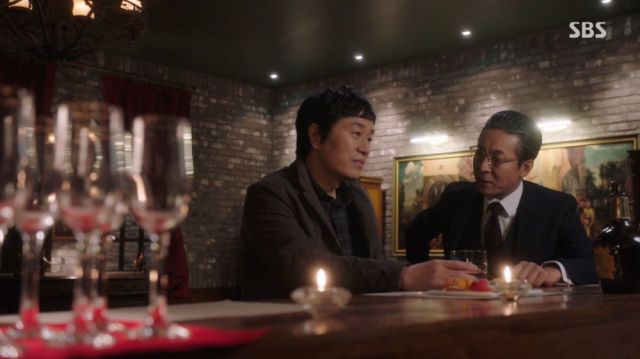 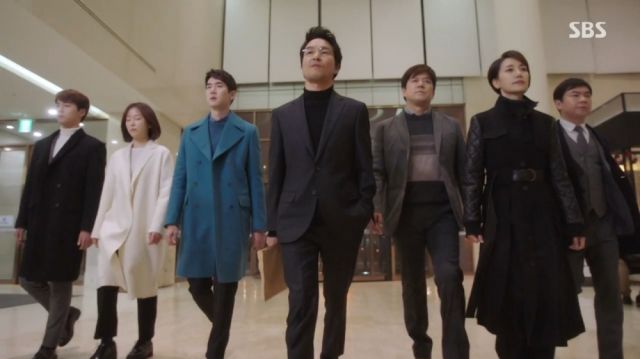 I know this small reprieve from the chaos of the show's latter half should not make me greedy, but I do wish things like Seo-jeong's (Seo Hyun-jin) PTSD and In-beom's (Yang Se-jong) recent behavior could be addressed. The hospital politics are a bearable part of the show's downfall in the creativity department after its promising start, but the way some of the character arcs have been handled is still regrettable.

If I can be so greedy, this is the one thing I wish can fit into the final stretch for the epic final battle leading to a won war for Teacher Kim and Doldam. I would definitely come back for another season of the show in episodic format and no cartoonish villains ruining the focus on character development and morality. As this will not happen, however, I hope for some closure on the things that matter.