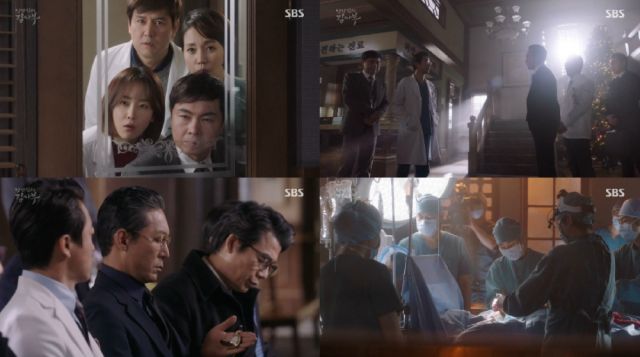 As we reach the final episodes of the series, things get unsurprisingly fast paced and dire. The Doldam crew for Chairman Shin's surgery is doing their best to cut down on time while Yoon-wan tries to use the inevitable surgery as a means of asserting his position and destroying Teacher Kim. With time and aggressive hospital politics against them, the crew prepares for their biggest surgery yet.

I have to say that I am curious about many things so far. We have not found out Teacher Kim's (Han Suk-kyu) plan yet. I assume the hospital is owned by Geodae and that this is the reason why Woon-yeon (Kim Hong-pa) cannot fight back. Chairman Sin (Joo Hyun) runs the local casino. These are some convenient coincidences for Teacher Kim to stumble upon. What about Woon-yeon's role? He is the fourth in this line up, but with little screen time and story function. 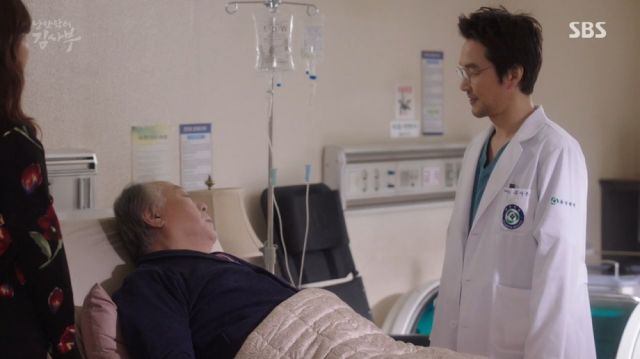 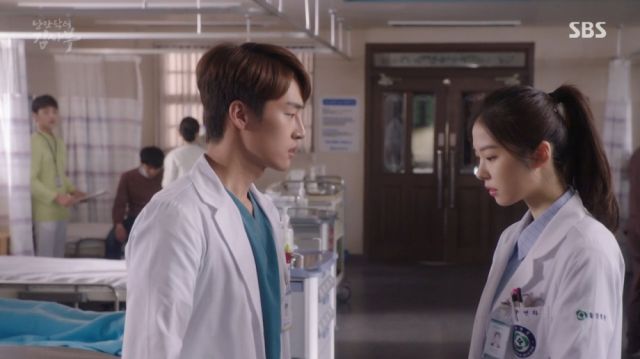 The Geodae staff has mostly disappeared aside from some notable secondary characters as well. Adding to that In-beom's (Yang Se-jong) current power trip and it all feels hastily put together. Episode sixteen is the highlight of In-beom's decline for me. His personality switch now includes bullying, but the writing rushes to redeem him by presenting him as cute for being happy to re-enter the surgery staff. He is not cute, writer. You saw to that in the last few episodes.

Now onto other matters and the things that work in this episode. Chairman Sin's likable character, the pacing and the life risking situation give the politics a purpose, since it is easy to become invested in the group and their success. I like some of the little touches here, like the fact that doctors do not go to bars and get wasted before working. We all know how disturbing it is when Korean dramas do this, so it is a pleasant change to see it addressed realistically and responsibly. 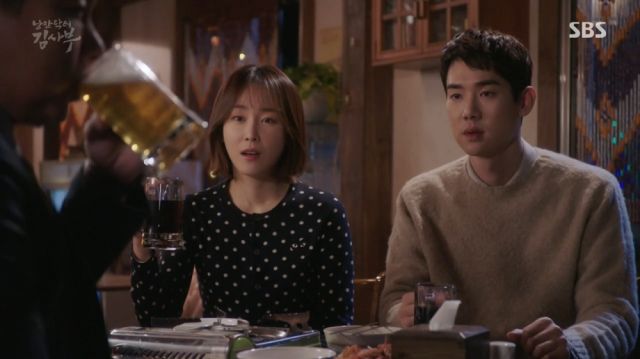 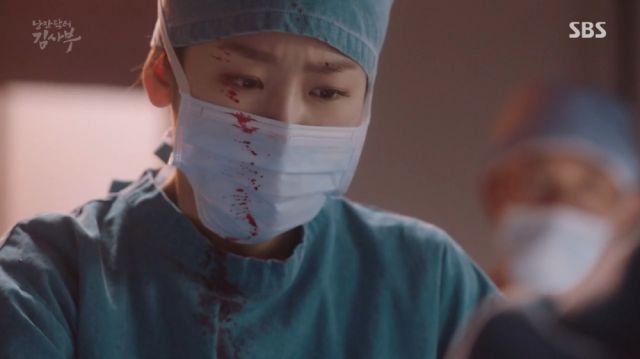 I am also hoping that Dong-joo's (Yoo Yeon-seok) invitation toward In-beom is him creating a safety net. His father cannot harm the helping staff if his own reputation through his son is endangered. Lastly, I hope Seo-jeong's (Seo Hyun-jin) reaction after her mistake during surgery is a sign that her PTSD will be given better closure. The Crazy Whale who caught an artery with her hands is long gone and we can see it clearly here.

I think having her take a break and seek therapy would be a good way to close her own arc and fix the half-baked resolution it previously received. Seeing the muddled writing of the main story, I do not expect everything to be addressed and every open plot point to be closed, but with one episode added on to the series, perhaps some things will be explained.