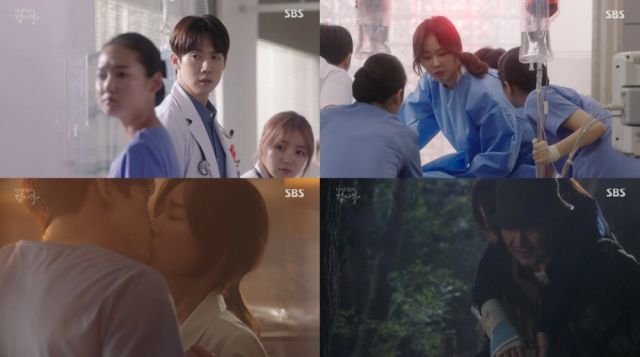 Are you tired of romantic shows which hold the kiss hostage until the end? Getting sick of last minute forced drama? Have you had enough of slow burn love? Then "Dr. Romantic" is here to save the day! We get forced kisses, forced drama, forced trucks of doom and other manner of over the top goodness right off the bat. What? This is not a romantic soap opera, you say? Oh... Well then we need to have a talk.

Before I get to the train wreck, or rather car accident that the second half of this episode is, let me talk about the few things that work. In concept, the series is promising. We have two inexperienced doctors with a clearly painful past who use their personal issues to justify their medical bias. The episode introduces a doctor's dilemma over prioritizing treatment and the motivation behind it. This opens up a tough subject worth exploring. 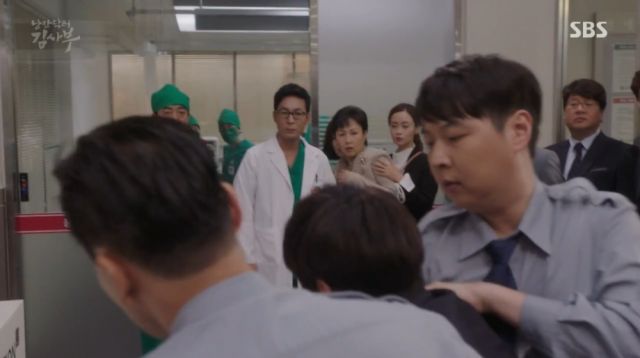 The music and directing are quite headache-inducing with the medical situations, but they also make the scenes suspenseful. I appreciate the dedication of the series to being graphic with its medical content, sex toy cautionary tale aside. Medicine is not neat and pretty, which is something all creators taking a swing at the genre should understand. If there is one thing to correct here, it would be the actors' performances, which are a bit too dramatic for characters who deal with such emergencies daily.

Coming to the downfall of this episode now, I am not sure at exactly which point the writer was replaced with a romantic zombie, but this is the most sloppy raising of a romantic lead on a pedestal I have seen in a while. Where do I even begin with the lighting speed at which the series introduces the shared attraction of its two current main characters? How does one even explain the waving of the leading lady as a swooning plot device? 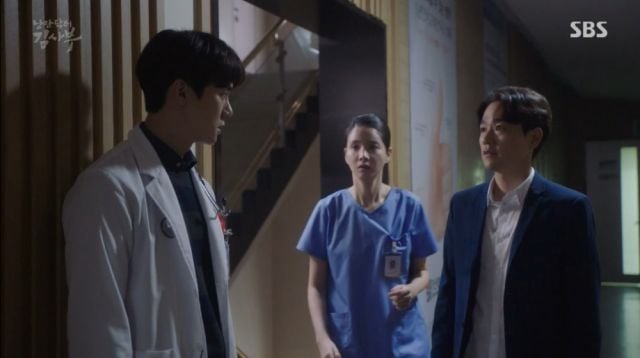 All I can say is that I am glad her now-past boyfriend is dead, because he would have ended up an abusive North Korean spy who regularly sacrifices babies to Satan in order for the writer to elevate his romantic rival enough. The love line's pacing is too fast, showing panic on behalf of the creators. As usual, Dramaland is governed by its romantic pairings to a damaging degree. This is a shame, because the medical part has such potential.

As for the titular character, I cannot comment on anything past Han Suk-kyu's heavily featured face at this point. I am not sure if the secrecy is to make him feel like a medical fairy godfather or to keep him out of the way for the Operating Room True Pairing, but I hope he can help keep the doctors focused and maybe control the raging malpractice going on.