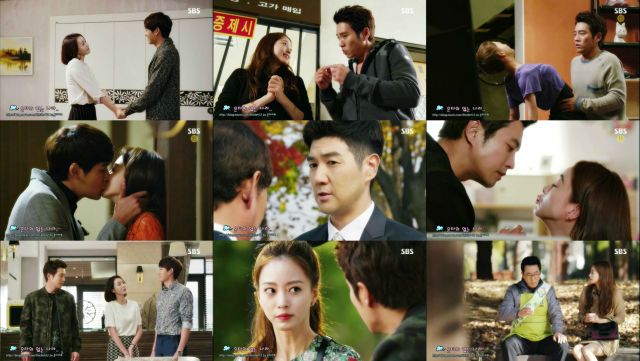 The fairy tale element in "Birth of a Beauty" continues to bewilder. The "Cyrano Agency" of all things makes an appearance here, really underscoring the crazy lengths to which Tae-hee is willing to go in order to accomplish his revenge / get-together-with-Chae-yeon plan. I'm genuinely not sure which it is at this point. This adds a certain layer of irony to his conflict with Sara over what she wants. It doesn't seem to actually matter what their long term goal is since the first step in either case is "break Kang-joon and Chae-yeon up".

Kang-joon and Chae-yeon remain frustrating characters mostly because we know so little about them. Are they just jerks or are they evil? This episode gives the confusing answer of they're probably not jerks but there is a very good chance that they are in fact evil. On the one hand that's an utterly perplexing statement. On the other hand it does kind of make sense. Evil people wouldn't get much done if they could be tricked into kicking puppies at a moment's notice.

Consequently, the story remains perplexing, but at the same time it's intriguing. We get a deeper look into Geum-ran's memories here and they hint at a much deeper, darker backstory than what we've been led to believe so far. In only the third episode? Apparently yes. I don't know what writer Yoon Yeong-mi is going for here. It seems pretty obvious to me that these insane plot twists have to stop at some point, but if the preview's any indication, well, that won't be any tme soon.

There's a manic quality to the writing here that does a lot to emphasize the basic absurdity of the humor too. Jokes about the inherent sexy quality of Han Ye-seul work better with just one guy instead of a whole mob. And even the more convoluted plot points do a surprisingly good job of bolstering the comedy. Like, how could Tae-hee possibly enforce that contract? How does any of this stuff even work?

"Birth of a Beauty" appears to have staked out some pretty clear ground here. Nothing makes any sense. We're only ever one plot twist away from everything we seem to know getting turned upside-down. Also there are jokes. On paper this is pure stream-of-consciousness-soap-opera-gone-off-the-rails stuff, so I'm amazed that it works as well it does in execution. Who needs consistency? This is a roller coaster ride, and if you're not here to be flabbergasted at every turn, obviously you're not watching the right drama.

"[HanCinema's Drama Review] "Birth of a Beauty" Episode 3"
by HanCinema is licensed under a Creative Commons Attribution-Share Alike 3.0 Unported License.