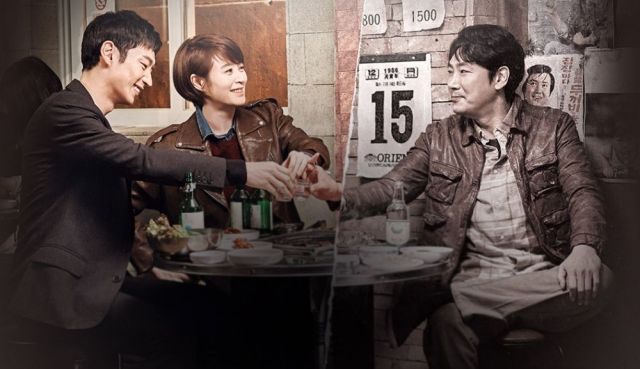 Regular viewers of tvN may have noticed that the station likes to keep its usual actors and creators close. Here to take this one step further is "Signal", the approach of which brings back memories of the station's "Gabdong - The Serial Killer". The drama will be the second tvN show based on the Hwaseong serial murders, but unlike its predecessor it comes with a supernatural twist.

Detectives from the current timeline are able to communicate with one from the 80s through a set of walkie-talkies. Together they try to solve a case in the present and change the events of the past. 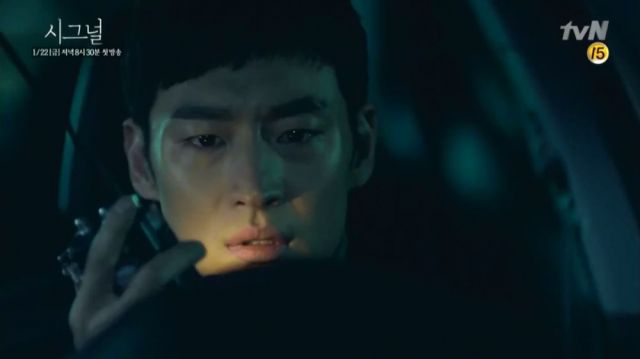 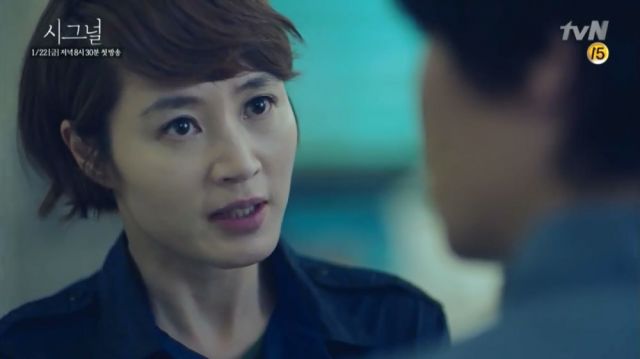 TvN is a very popular cable channel which has worked hard to get to this point. At the same time, their content is mainly within the romance genre and the pressure of success has had its influence in how they handle their shows. The quality of their stories has not been consistent for some time and fanservice is plentiful. Their last crime show, "Hidden Identity" was a case of style over substance. The channel will therefore have to place story and quality first in order for "Signal" to work.

"Memories of Murder" is a very successful and critically acclaimed film. When "Gabdong - The Serial Killer" came out, it was a fresh approach to the true story both are based on and one drama audiences had not experienced. "Signal" and its time bending approach are new, but attaching it to already well explored source material is worrisome. This is hopefully a mere case of inspiration turned into an advertising tool, rather than lack of an original story to tell. 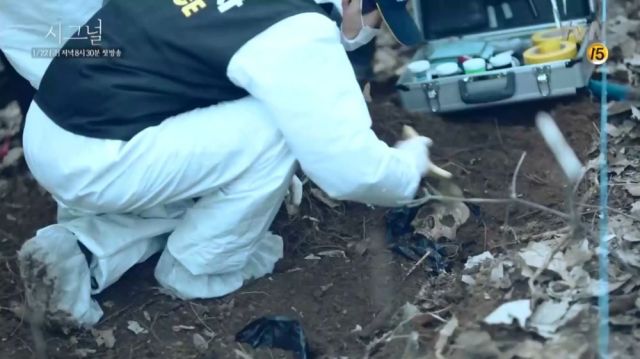 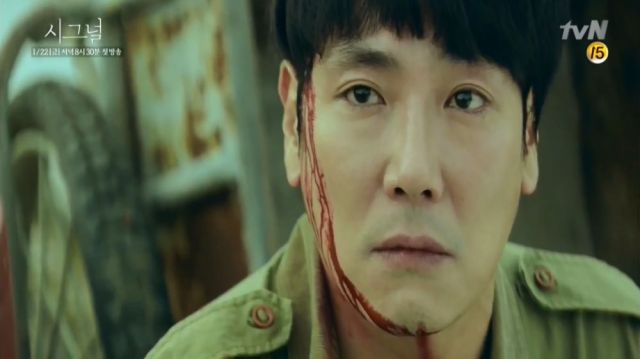 As much as tvN has had its ups and downs in content quality, its PD and writer are both more than capable of handling the series. Kim Won-seok is an integral part of the success of "Incomplete Life" and one who will no doubt have enough creative freedom to do his work well. Writer Kim Eun-hee-I might have been a co-writer in "Sign", which is a well known example of failure due to hectic filming conditions, but she is good with the genre and her last show, "Three Days" was solid.

Relying on star power alone is definitely wise to avoid as an mindset, but having capable and experienced actors can help any story a lot. With Lee Je-hoon, Kim Hye-soo and Cho Jin-woong leading, "Signal" has a very powerful cast of main characters. This is also an encouraging indicator for the station's intentions. Picking a type of show and cast which do not revolve around youth, looks and popularity could show they are reaching for quality content, rather than people pleasing.

"Signal" is looking great so far. The promotional material pile on the mystery and nostalgia, the cast is looking great and the creators can be trusted with their material. The series has a good chance at being a very good one, but only if low ratings and jittery hands do not meddle. If the names involved are any indication, there is at least faith in this project so far.

"Signal" begins its run on January 22nd and will air every Friday and Saturday at 8:30pm, on tvN. 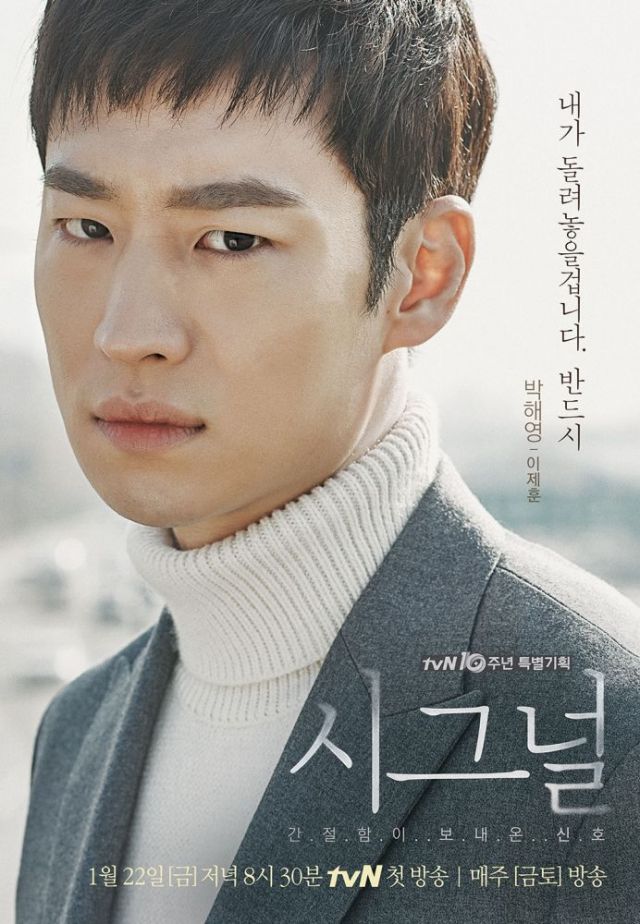 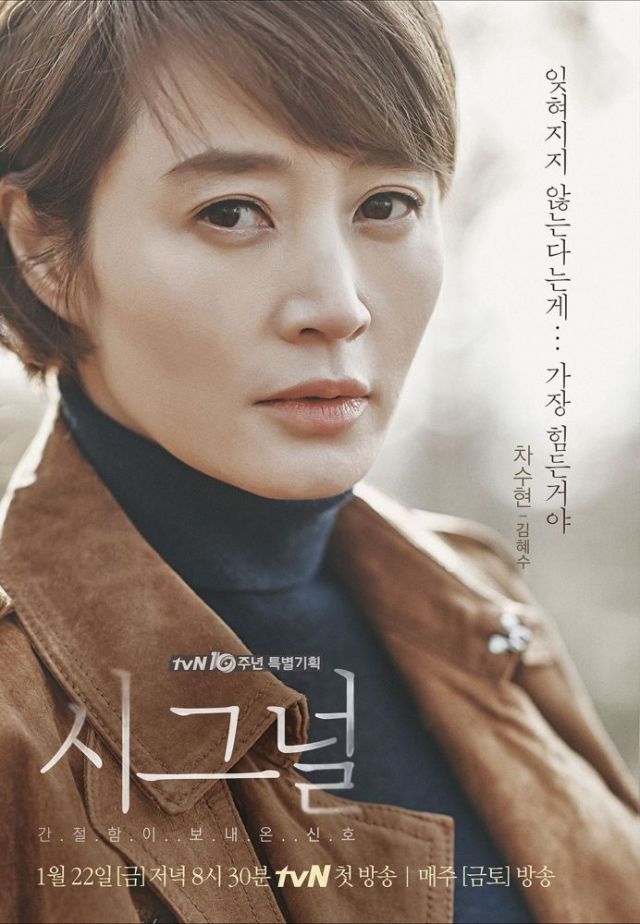 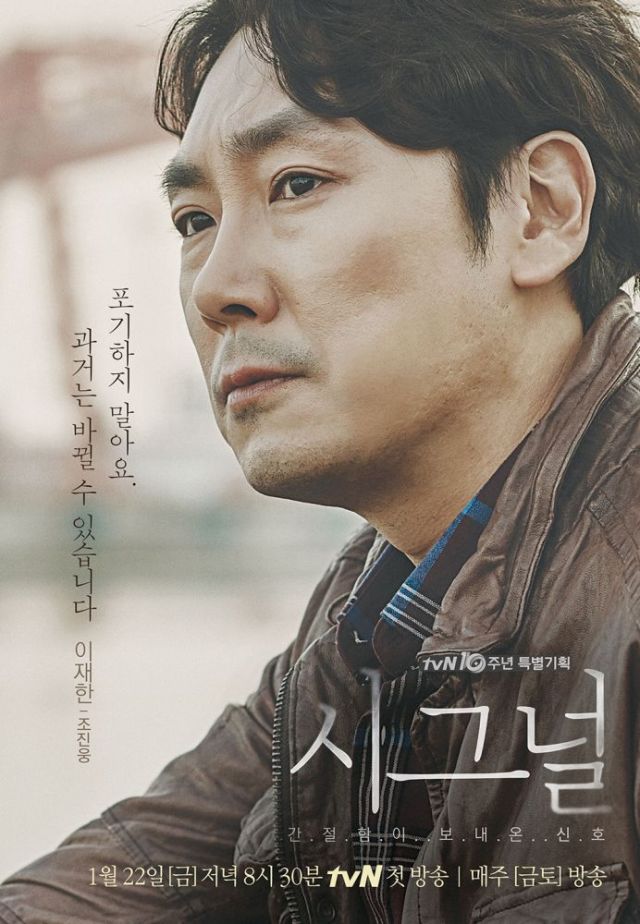