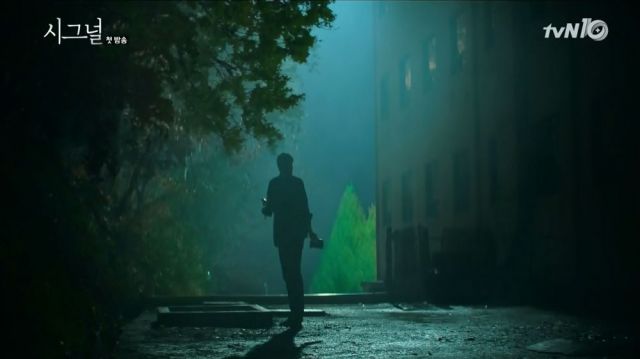 Crime shows are no longer something new in Korean drama, but they still largely follow a formulaic approach, such as any other genre. Placing style over substance is a common issue and especially some of the episodic dramas of the type seem repetitive. It is therefore fortunate that tvN's "Signal" not only seems to have a strong main plot, but that it is off to a great start with its two main features.

While the series is primarily a crime and mystery one, it is very encouraging that the added supernatural element of direct communication across time is more than a mere gimmick. The importance of changing the past and responsibility that comes with it are pretty clearly introduced as something which will be a main obstacle in the collaboration between Lee  Jae-han (Cho Jin-woong) and Park  Hae-yeong (Lee Je-hoon). If written well throughout, this will be a fresh and entertaining experience. 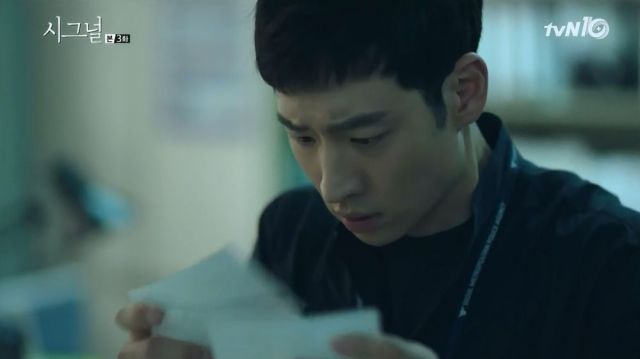 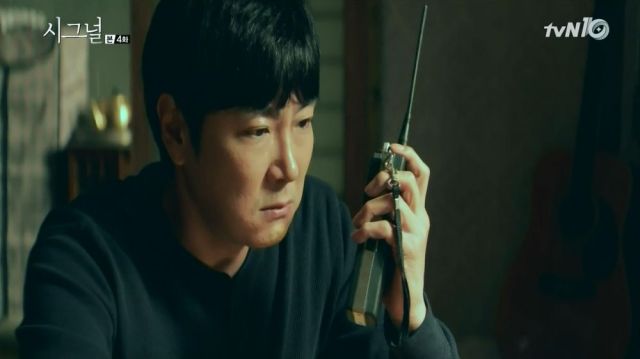 There are rules being created about how the communication and altering of events work and the situations that emerge from this keep one at the edge of their seat. Most importantly, "Signal" invites viewers to really think about how the changes would work and although complicated and occasionally confusing, it makes the series very engaging. The element of mixing timelines has been used in drama before, but mostly within the romance genre and therefore largely overshadowed by it. Seeing it used in a context where lives can be lost or entirely changed adds considerable gravity to its use.

"Signal" is good with balancing its clashing timelines and murder mystery elements, but that is not where its achievements end. The drama has a great presentation and cinematic quality. Although the visual stylistic choices made can eventually get tiring, they still fit the show's type and create its atmosphere. Last, but certainly not least, the two veterans of the cast, Cho Jin-woong and Kim Hye-soo are delivering great performances and the key supporting characters are all flawed and suspicious enough to bring additional suspense about their motivations and potential secrets.

The series is impressive, but not without some obvious plot holes. One would be curious as to why two clearly suspicious lawmen who know too much and keep hanging out at future murder scenes never get in trouble. Another issue is that the character of Hae-yeong is not yet developed enough to be intense on an emotional level. Lee Je-hoon's odd performance, especially in the first two episodes does not help. While intentionally an outsider to begin with, Hae-yeong needs to be more involved. Perhaps his personal backstory will be a part of the main plot. 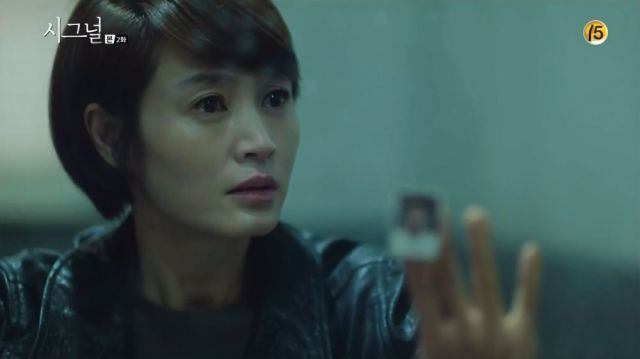 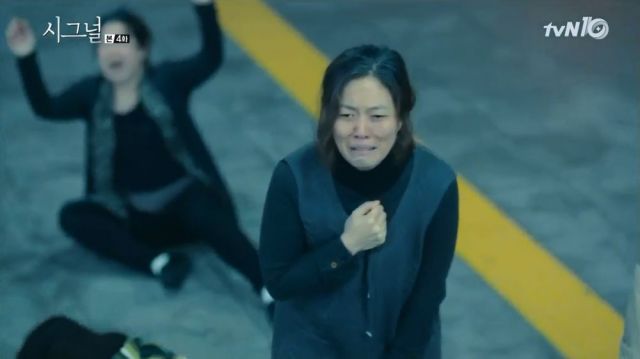 The greatest surprise and a slightly worrying one is that the case which was mentioned as the main one is concluded within the first 4 episodes. This goes against how the series had been promoted before its run and also brings about an important question. What now? The story presents a bigger mystery regarding Jae-han's fate as the main plot and it is exciting, but whether we will go straight to it or go through different cases first has not been made clear. This makes the end of episode 4 rather deflating.

Despite its abrupt change of cases and the convenient free pass that its male leads have in how close they can get to murderers without being perceived as one, "Signal" makes it hard to find deal-breaking flaws in it. It is a fine looking series with captivating storytelling, great acting and pillow-clenching thrills. May it remain as good or become even better.