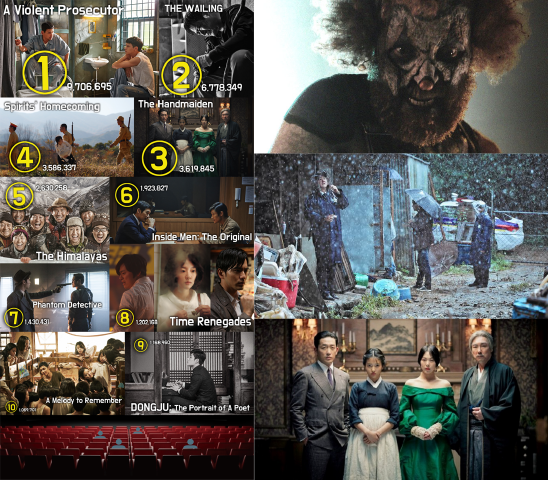 Park Chan-wook talks about violence and his latest film ("The Handmaiden"), Fangoria shows us what to expect from the upcoming Bucheon International Fantastic Film Festival, KOBIZ's latest infographic reveals what 2016 Korean films have grossed the most, and The Chicago Tribune reviews Na Hong-jin's "The Wailing". 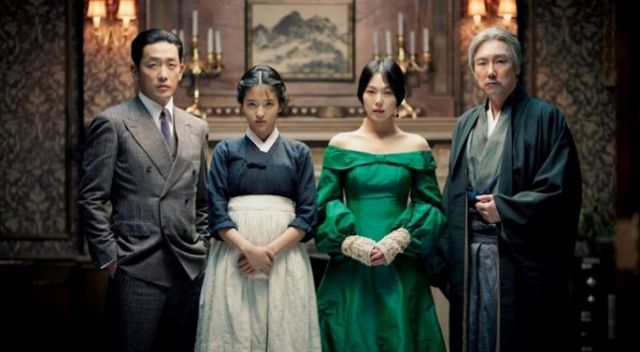 Park Chan-wook shares his thoughts on his latest film, "The Handmaiden", after its recent success at Cannes and while it's still running on Korea's cinema circuit (currently 3.7 million admissions): "I always want to make a comment on the consequence of violence, on the victim and the executor of the violence... I want to convey raw pain to the audience", said Park. 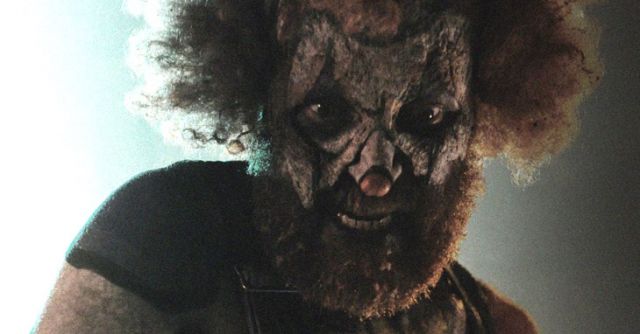 Fangoria highlights some of the features you can expect to catch at this year's Bucheon International Fantastic Film Festival in July. The theme for this year includes "zombies, supernatural hauntings, kidnappings, and murder(!)" If you're around Seoul this month, head on over to Bucheon for a scary screening or three. 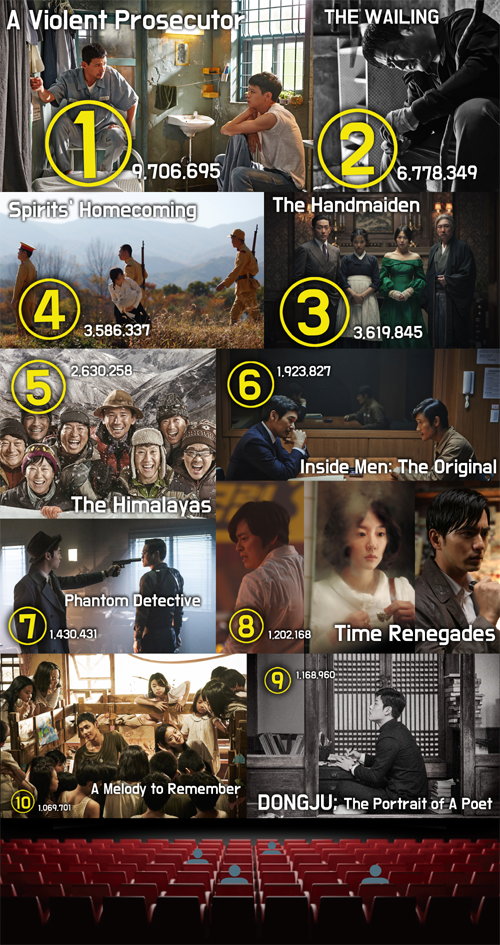 Find out what Korean films have grossed the most at the box office for the first half of 2016 with this snappy infographic from KOBIZ. We're only halfway through the year, and the summer is still shining with blockbusters to come, but already we've seen some fantastic features. 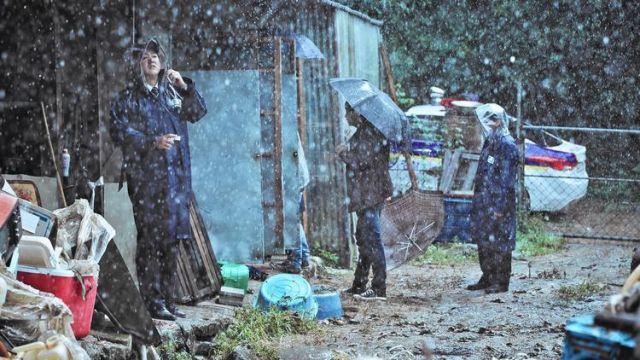 Justin Chang reviews Na Hong-jin's "The Wailing" for the Chicago Tribune: "What makes "The Wailing" so unusually disturbing is the almost palpable aura of evil it radiates from calm start to sorrowful finish. More disturbing still is the way that evil can seem indistinguishable from compassion". The film is about a "creepy case in a countryside village" and stars Kwak Do-won, Hwang Jung-min, Jun Kunimura and Chun Woo-hee. It was released in Korea back in May and by mid-June it had sold 6.7 million admissions.

...READ ON THE CHICAGO TRIBUNE