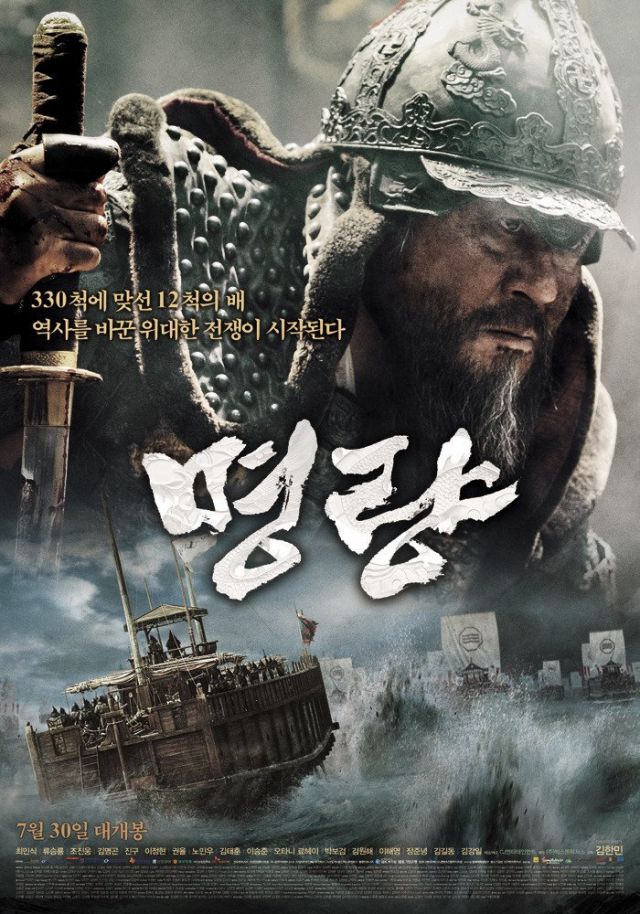 After eight years as Korea's highest grossing film, Bong Joon-ho's hybrid hit, "The Host", has finally been toppled by Kim's epic "Admiral". "The Host" (which stars the prolific and prominent Song Kang-ho) claimed over 13M admissions back in 2006, but Kim Han-min's seafaring strategist (spectacularly spearheaded by Choi Min-sik) has already surged past Bong's buoy with over 14.6M ($111M)--the ultimate box office record to fall in its wake--and from here on out, it's simply history in the making.

"The Admiral: Roaring Currents" claimed an additional 2M admissions (42.7%) over this past weekend to push its pot past Bong's beast, a mighty achievement that cements its place in the history books as one of Korea's greatest cinematic adventures. But while Kim's latest was leading the charge into uncharted record territory, local filmgoers also came out in force to support Lee Seok-hoon's "Pirates" (1.4M – 29.7%) and Sim Seong-bo's "Haemoo" (585K – 12.5%). Together these homegrown hits captured over 85% of ticket sales to take a three-ship sweep of the money map without much foreign fuss.

"Pirates" entered the fray on the 6th and has been tailing "The Admiral" ever since Kim's courageous captain took the helm. Last weekend it claimed second with 1.2M and along with this weekend's haul has now raced to 4.2M admissions ($32.4M). There has also been much public praise and critic acclaimed for Sim Seong-bo's adaptation "Haemoo", whose cast includes: Kim Yun-seok, Park Yoo-chun, Han Ye-ri, and Lee Hee-joon. "Haemoo" (aka "Haemoo") is based on a true story of a group of fishermen who resort to illegal smuggling in order to keep their jobs. However, things go horribly wrong for the crew and its hidden human cargo as wild weather wreaks havoc on their plans. The film also boasts the movie-making talent of one Bong Joon-ho who, along with Sim, is credited with the screenplay duties for this dramatic depiction.

From here the foreign flicks tussled tirelessly for position, the most successful of which was Disney's "Planes: Fire & Rescue" (161K – 3.1%) and the American romantic comedy "The Fault in Our Stars" (based on John Green's novel of the same name) by Josh Boone (156K – 3.2%). "How To Train Your Dragon 2" sat pretty in third last weekend, but found it tough going here as it slumped to sixth with 116K (2.4%). The rest of pack failed to break the 100K admissions mark, with "Detective Conan" (71K), "Guardians of the Galaxy" (70K), "Begin Again" (63K), and the latest "Pokemon" film (40K) all scrapping for stubs in the wake of another blistering box office for the home team.