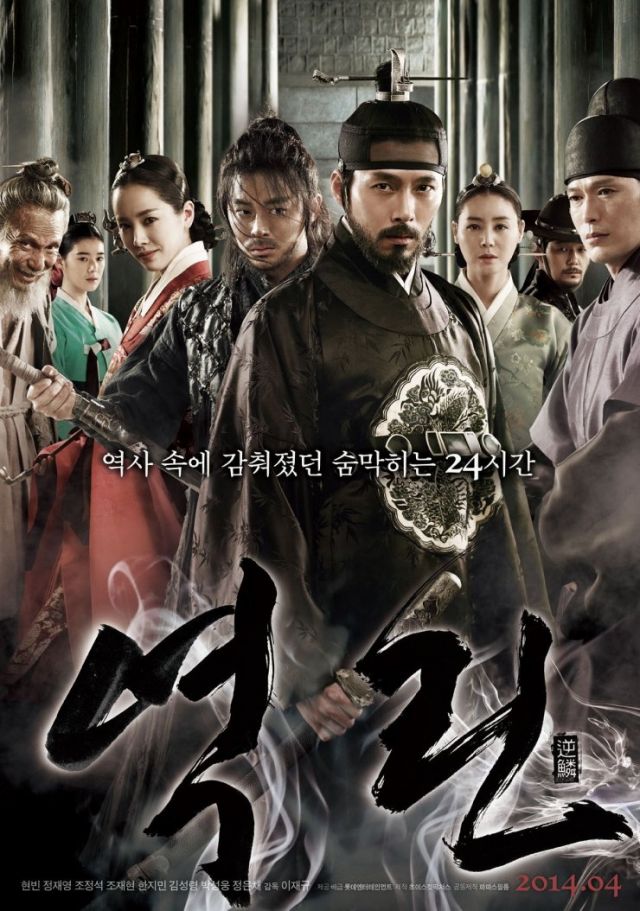 It was a closely contested tussle at the top as Lee Jae-gyoo's "The Fatal Encounter" and Director Chang's "The Target" dominated proceedings for the home team. Last week both films came into the fray but it was Lee's period piece that took round one with over a million admissions. Round two saw "The Fatal Encounter" remain in power with 32.3% (581K) of the sales, but Chang's action outing leapfrogged "The Amazing Spiderman 2" to slot into second. The only other local delight to claim a top ten finish was Lee Su-jin's acclaimed debut "Han Gong-ju" which added another 11K to its successful stats.

The additional 581,032 admissions that came Lee's way means that "The Fatal Encounter" (previously known as "The King's Wrath") can now boast a total tally of 3.2 million ($24.5M). The film, which was released two weeks ago, had 876 screens from which to pull from, the highest of the week, but was seriously challenged by "The Target" which scored 553K (31.3%) of its own. Last week it was "The Amazing Spiderman 2" that took silver, but instead Marvel's latest slipped to third with 346K (19.9%) which helped Chang's crime piece up the podium. The web-slinging superstar has now amassed nearly 4 million ($32.2M) admissions in Korea.

The animated buzzards of 20th Century Fox's "Rio" remained perched in fourth. The popular sequel added 104K (5.3%) stubs to bring its count up to 654K and was closely followed by the American comedy "Last Vegas" by director Jon Turteltaub. "Last Vegas", which stars Michael Douglas, Robert De Niro, Morgan Freeman, and Kevin Kline, was the only new entry into the top ten and claimed 90K (5%) of the box office pie. Down just the one place to sixth came another animation in "Mr. Peabody & Sherman" with 38K (1.9%), while Wes Anderson's highest grossing film, "The Grand Budapest Hotel", followed in seventh with just over 14K (0.8%) to write home about.

Lee Su-jin's "Han Gong-ju" has the honour of being the most successful Korean indie film, an achievement it continued to build upon here as the weekend bumped the drama up to 210,625 admissions ($1.6M). "Han Gong-ju" was released on the 17th of last month and has steadily featured in the middle and lower-half of the chart ever since, with its highest position thus far being sixth with 47K in weeks one and two. Lee's dazzling debut had "Captain America: The Winter Soldier" right on its heels in ninth. Marvel's mighty homeland hero added over 9K to advance its total tally to 3.9M ($30.9M), making it the fourth highest-grossing film of the year so far. Lastly, the British drama "Le Week-End" by director Roger Michell closed out proceedings by attracting 5K (0.3%) to its Korean campaign.