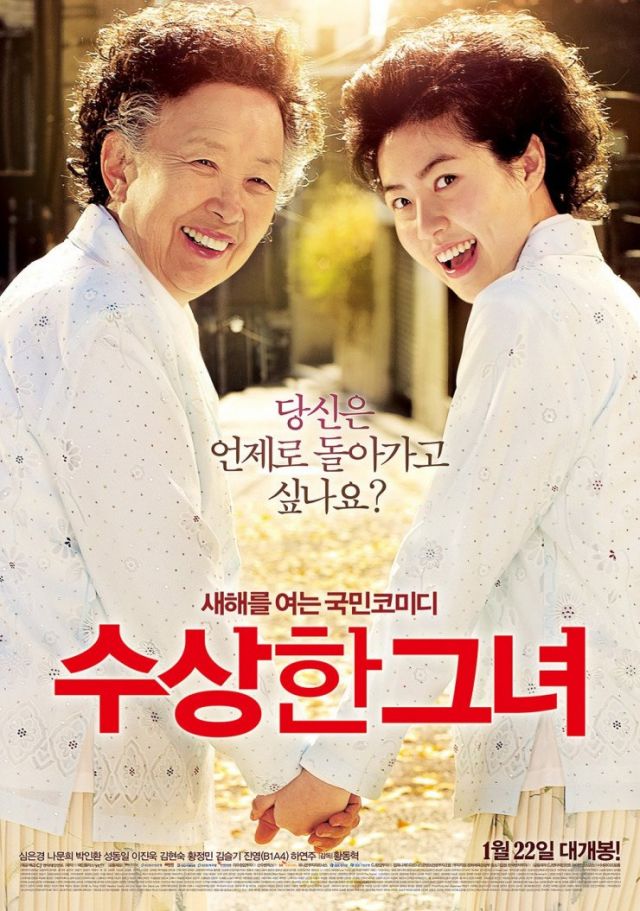 The Lunar New Year holiday saw around 5 million moviegoers flock to the cinema this past weekend, record-breaking foot traffic that surpassed even the last year's tussle between "Snowpiercer" and "The Terror Live". There were a number of Korean films hoping to cash in on the break (most notably Park Je-hyeon's "The Huntresses") but ultimately it was a two-horse race between "Frozen" and Hwang Dong-hyuk's "Miss Granny". Hwang's comedy drama narrowly managed to dislodge the Oscar nominee, and between them they captured over 70% of the market to lead the hectic holiday rush.

This week saw the release of Park Je-hyeon's "The Huntresses", the first of a host highly anticipated historical films and one that was expected to take advantage of the holiday hype. Instead, the film claimed just 261,880 admissions (5%) over, a surprisingly low, 380 screens; an unimpressive haul that was only good enough for sixth place. Han's sophomore feature is a Charlie's Angel's-style effort and stars Ha Ji-won, Kang Ye-won, and Son Ga-in as the dynastic trio of heroines. "The Huntresses" received some poor reviews from critics on the ground, and it appears the Korean public agreed given its poor first weekend.

It was, instead, Hwang Dong-hyuk's "Miss Granny" that stole the show. After a strong start last weekend (851,198) the film upped its efforts here to displace "Frozen" at the top of the pile. The film attracted more the 1.7 million (34.3%) viewers to its tale of a grumpy grandmother who finds herself in her 20-year-old body. Those figures were helped by the hungry holiday hoards and also the 1022 screens the film was allocated. "Miss Granny" has now raced to 3.9 million admissions in just two weeks.

Last week's number one "Frozen" had a hotly contested challenger on its hands once again, but lost out on a third straight week at the top by Hwang's catchy comedy. This 3D computer-animation scored a plump 1.6 million (35.8%), and while that wasn't good enough to claim first, the film has now become the highest grossing animation in Korea (outperforming even "Kung Fu Panda 2") with its 6 million admissions.

Han Dong-wook's "When A Man Loves A Woman" jumped up one place to third (341,054 – 6.7%), followed by Lee Yeon-woo's romantic comedy "Hot Young Bloods" (280,714 – 5.3%) in fourth. Gangster films are a popular genre in Korea, but Han's tale here is a little different to what Korea has seen before. Similar to "The Dallas Buyer's Club" in premise, "When A Man Loves A Woman" follows a terminally ill gangster (Hwang Jung-min) who falls in love with a young woman (Han Hye-jin) as he fights for purpose and passion on his way out. "Hot Young Bloods" has a young cast (Park Bo-young, Lee Jong-suk, Lee Se-young, and Kim Young-kwang) that traces four country teens in Hongseong as they find and fight for romance. The film's weekend efforts now has Lee's second feature at over 1.5 million admissions since its release on the 22nd.

"The Attorney" surprised most last year when it managed to sneak into the year's top ten. Director Yang Woo-seok saw his film gather massive momentum late last year and only recently has that steam slowed. "The Attorney" claimed 278,788 (5.6%) here to advance its total tally to 11.1 million admissions, a figure that puts this true-life drama above "Silmido" (11 million) as the eighth highest grossing Korean film of all-time. Next in its sights is the disaster film "Haeundae" which currently sits in seventh with 11.3 million stubs to its name.