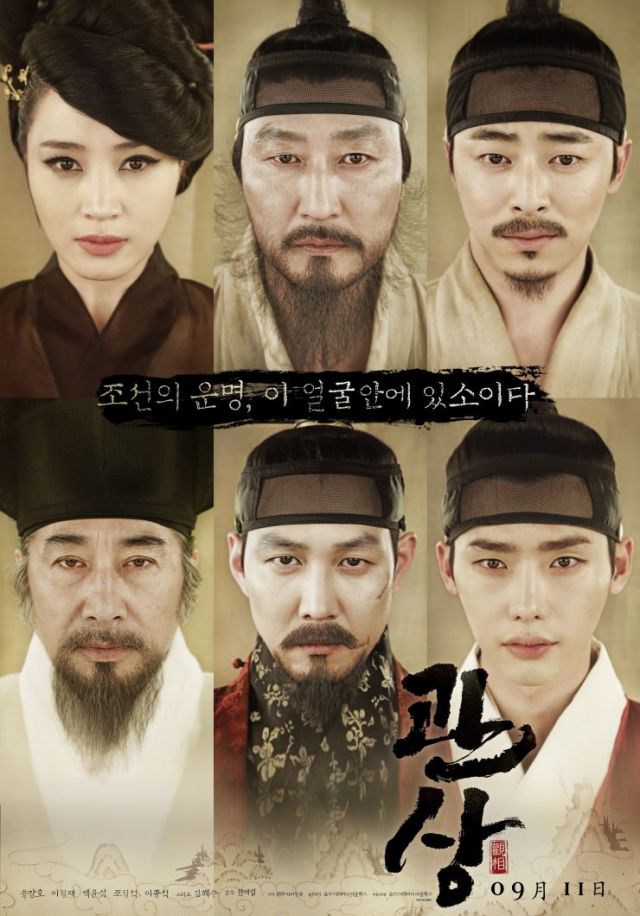 Han Jae-rim's "The Face Reader" dominated Korean cinemas this past weekend, walking away with one of the highest opening weekend hauls of the year. Han's historical drama stole 1.8M admissions (63%) from over 1,190 screens, and has now claimed nearly 2.6 million admissions ($17.1M) in just under a week. Last week's number one, Lee Seung-joon-I's action comedy "The Spy", floundered in second with just 377,861 (12.5%), less than half of what it received the week before. It wasn't just Lee's film that suffered though, a number of foreign entries also found it hard going with even popular animations such as "Monsters University" (5.3%) and "Despicable Me 2" (4.6%) caught blushing in the face of another local showstopper.

In Han's latest, the most skilful face reader (played by Song Kang-ho) gets pulled from his life of seclusion and finds himself in the middle of a political power struggle over the crown. Set during Korea's Joseon dynasty, "The Face Reader" looks poised to quickly jump into the year's top ten and perhaps even has hopes to mirror the success Choo Chang-min's "Masquerade" enjoyed this time last year. Currently, "Masquerade" (12.3M) is the highest period drama in Korea's all-time top ten, followed closely by Lee Joon-ik's "The King and the Clown" (12.3M).

After a hard-hitting season of local thrillers and blockbusters, "The Face Reader" seems a well-timed release that offers locals something a little more nostalgic going into the cooler season. The star power of Song Kang-ho and Lee Jung-jae are an exciting factor as well. Song is hot off the "Snowpiercer" (9.2M) express, while Lee featured in the gangland epic "The New World" (4.6M) that rock audiences earlier in the year. It's still early days for "The Face Reader", but already it looks like another massive crowd pleaser is upon us.

"The Spy" (1.6M) briefly held the top spot last weekend, but struggled to follow-up on that opening weekend success. It was followed in third by the German-America fantasy flick "The Mortal Instruments: City of Bones" (176,362), which was this past weekend's highest grossing foreign entry. From there it was almost exactly 5% a piece for all the foreign entries from third until sixth, with "Now You See Me" breaking that spread by claiming just 23,406 (0.7%).