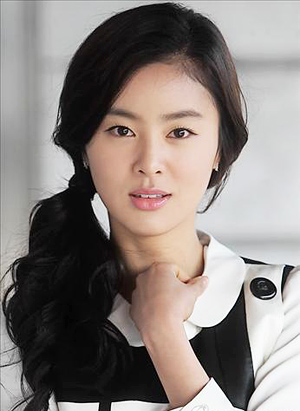 Actress Han Tae-rin (24), who is enjoying huge popularity among people by playing the protagonist named Na Mugoonghwa in the KBS 1TV drama "Just You", said, "I really appreciate people's love, and I think that it might be because of the name of the character, Mugoonghwa". She was cast as the protagonist for the first time since her debut four year ago, and she is happy by gaining more popularity as time goes by.

She came to Yeouido to give an interview. She said, "The mothers like me very much. When I went to a hospital to film the drama, the patients clapped their hands to encourage me while pretending they were not ill anymore, so I was deeply touched. At that moment, I realized that many people were watching our drama, and I promised to myself that I will enthusiastically film this drama by perfectly playing Na Muhoonghwa. I felt a kind of responsibility". Mugoonghwa is a character who is born in a rich family, and it is contrary to the original character that KBS's daily soap opera tended to present as a female protagonist who was usually a poor but brave woman with a strong will. Mugonghwa in "Just You" is an immature but a pure and angelic person. She is different from the other cold "princess" character, so Han Tae-rin shows a beautiful attitude as well as beautiful appearance. Thanks to the character that she plays, she gains love by middle-aged viewers, and her fashion style gains love by young viewers. Han said, "Mugoonghwa is an attractive character who is innocent and novel at the same time. She is a very straight and confident person, so she is not a weak character. The name of the character was supposed to be just 'Mu Goong Hwa' at first, but as there was no such a surname of 'Mu', the writer put 'Na' as the surname instead. Thanks to the name of the character, which is same as the Korea's national flower, I might have come to gain love by many people. Did you watch the scene in which I sang the Mugoonghwa song (laugh)?" 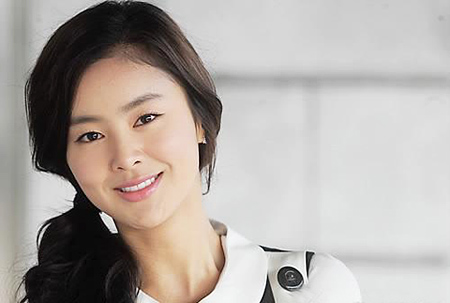 "Just You" tells the story of how Mugoonghwa becomes a mature woman while going through many difficulties after meeting a poor man Ki Woon Chan (Seo Jun-young). The drama has become very popular by recording twenty percent viewer ratings. But Han Tae-rin said, "I can feel the popularity of our drama, but I am trying not to be aware of its popularity. I had tried very hard to be cast for the role. The audition for the role was tough and waited for such a long time before I actually took the role, so I almost thought that I failed to take the role. When I heard the news that I had actually come to play the protagonist, I shed tears of joy for the first time in my life. I obtained this opportunity after such a hard time, so I am just focusing on presenting excellent acting until the end. Popularity is not important, and I have to be very cautious not to make mistakes regardless of its popularity. I want to finish this drama with excellent acting until the end". She presents acting with a cheerful and bright appearance, but actually she felt pressure very much and she had to often go to a hospital to gen an IV. She said, "I carry the script all the time at home, so my mother told that I seemed to study harder than before when I was a student. But I am studying the script with my own will because I really enjoy acting. Whenever I go home after I finish filming, I feel really tired, but I think that it means that I am doing my best while acting. I hope that people look at me not as Han Tae-rin, but as Mugoonghwa". 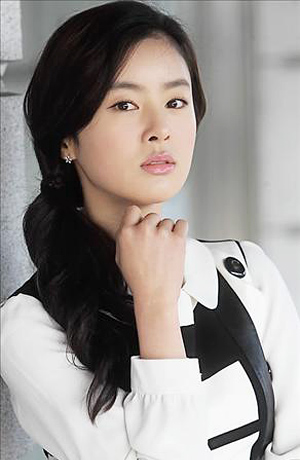 Han Tae-rin began acting by playing a minor role in 2007 when she was studying one more year to enter university. After that, she entered the Department of Broadcasting and Entertainment at Dongdeok Women's University and she has played minor roles in dramas such as "The Lawyers of The Great Republic Korea" and "General Hospital 2", and she appeared in the SBS drama "New Gisaeng Story", playing Geum Ra Ra. Han Tae-rin said, "I'm thankful for appearing in 'New Gisaeng Story'. I could learn the passion and attitude as an actress thanks to the drama. It was very meaningful because it was my first time to play an important role in a drama, and the drama recorded almost twenty percent viewer ratings". Asked about her opinion on the controversies over the drama's morality, she gave a witty answer with a smile, saying, "I just think that I experienced a new kind of thing and I could learn how to have an positive attitude in any occasion". Han Tae-rin reportedly worked for the past four years without taking a break. She said, "Some people call me "Cinderella", but I cannot agree with the idea. I have tried my best since my debut. The moments that I experienced during many auditions and meetings to practice acting up to now, and I can definitely say that I have tried to find the way to develop myself in those processes. I usually played minor roles before, but I never stopped acting. Thanks to those times, I could have a chance to play Mugooinghwa". She made her last comment, saying, "I want to become an actress who can give hope to people. I will be very happy if the viewers who watched my acting can feel happiness by watching me, and I can receive inspiration from those viewers again".

"Han Tae-rin: 'I Appreciate People's Love'"
by HanCinema is licensed under a Creative Commons Attribution-Share Alike 3.0 Unported License.
Based on a work from this source