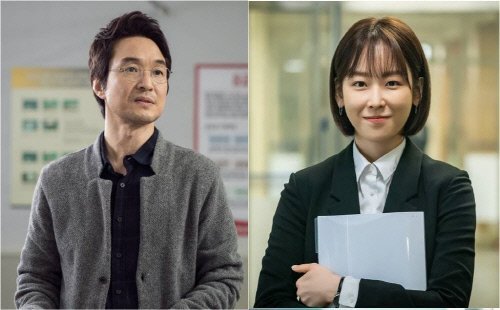 The best indeed, or will the student surpass the teacher?

Han Suk-kyu and Seo Hyun-jin will clash on Mondays and Tuesdays. The two showed extraordinary performances in the SBS drama "Dr. Romantic" in late 2016 and now they're meeting each other as competition after three years. 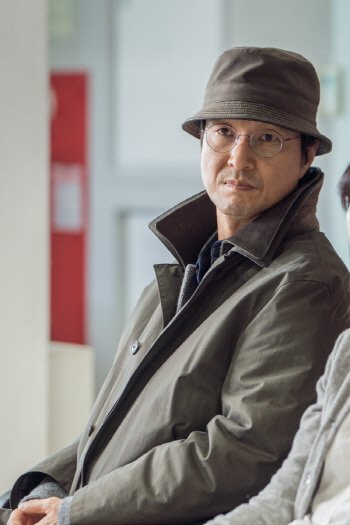 Han Suk-kyu is coming back with the newest SBS drama, "Dr. Romantic 2". The first drama gained so much popularity from fans who adored the characters of eccentric doctor Teacher Kim (Han Suk-kyu), passionate doctor Kang Dong-joo (Yoo Yeon-seok) and doctor Yoon Seo-jeong (Seo Hyun-jin), so it was a point of interest if the original cast would come back for the second season. Unfortunately, Yoo Yeon-seok and Seo Hyun-jin won't be able to make it, but coincidentally, Seo Hyun-jin's upcoming drama has been formed in the same Monday - Tuesday time frame. She's starring in the tvN drama "Black Dog" that's starting on the 16th this month.

Several drama sources say, "We will be able to see how much she's matured". In addition, they say, "Working with a major senior like Han Suk-kyu would have been a stepping stone for her". Seo Hyun-jin was just one of the actors around Han Suk-kyu just a couple years ago, but now she's grown bigger, to be one of the actors standing right in the middle.

"It is a pleasure to see the birth of stars who follow the path of their seniors", an official said. "It is also a stimulus for those seniors, and it is a big drive for the industry". As such, Seo Hyun-jin has already been recognized for her acting skills in many dramas due to her unique drawing power. Seo Hyun-jin's latest, "Black Dog" is about social rookie Go Ha-neul (Seo Hyun-jin), who has become a fixed-term teacher, struggling to survive by keeping her dreams in a school that is a miniature version of our society. Her acting skills are expected to play a big part as she looks into real lives through the eyes of a fixed-term teacher who knows the bitterness of reality better than anyone else. An official at "Black Dog" is also confident Seo Hyun-jin will put on quite a performance. 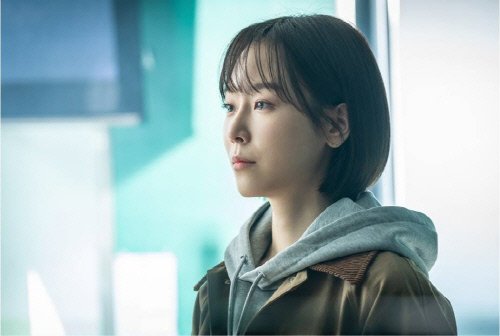 As the trust in Seo Hyun-jin increases, attention is being paid to whether "Black Dog", which starts first, will be able to take control of Mondays and Tuesdays. However, it is also true that the success of "Dr. Romantic 2", which has already been a huge success during its first season, is looked forward to. On top of that, it is expected that Han Suk-kyu will be able to further strengthen his power in "Dr. Romantic 2" if he succeeds in the upcoming movie "Forbidden Dream", due to be released this month. Officials say Han Suk-kyu, who already received good energy from Choi Min-sik, is boosting the mood by pouring his energy into the filming of the drama. In addition, some expect that if he had been a sort of acting nutritional nourishment for Seo Hyun-jin and Yoo Yeon-seok in season 1, he will be able to lay the foundation for new juniors such as Ahn Hyo-seop and Lee Sung-kyung, the new faces of season 2.

Meanwhile, Yoo Yeon-seok is starring in the new tvN drama "Hospital Playlist". It's ironic that in "Dr. Romantic" he played Kang Dong-joo, a character who turns into a great doctor thanks to Teacher Kim, but this time he's playing another doctor in a different set while the second season of "Dr. Romantic" goes on.

"Han Suk-kyu and Seo Hyun-jin's Monday - Tuesday Competition"
by HanCinema is licensed under a Creative Commons Attribution-Share Alike 3.0 Unported License.
Based on a work from this source