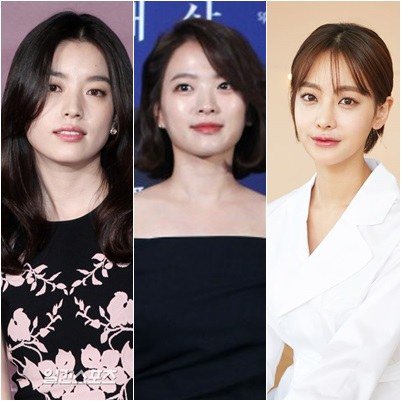 They have been active in dramas and movies lately.

Chun Woo-hee, who appeared in director Na Hong-jin's "The Wailing", was born in 1987. She takes on the role of Moo-myeong, a witness to a mysterious murder case. Chun Woo-hee is now working on her character for "My Angel". She is able to carry out various character and this time she's working with actor Kim Nam-gil for the first time.

"Beauty Inside" and "Love, Lies" actress Han Hyo-joo is also coming back with the miniseries "W" as Oh Yeon-joo, a second year resident doctor. She co-stars with Lee Jong-suk who is two years younger than her.

Oh Yeon-seo, from the drama "Jang Bo-ri Is Here!", was also born in the year 1987. She took the part of Hong-nan, a woman with the soul of mafia man Han Ki-tak (Kim Soo-ro). Her massive transformation now leads to the movie "Run-off" as Park Chae-kyeong, a national ice hockey athlete.

"Han Hyo-joo, Chun Woo-hee and Oh Yeon-seo, 87-born"
by HanCinema is licensed under a Creative Commons Attribution-Share Alike 3.0 Unported License.
Based on a work from this source