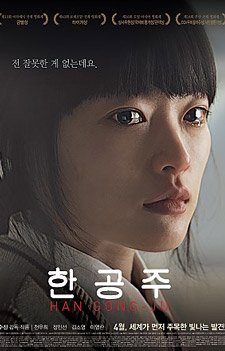 Synopsis: Involved in a scandalous accident, high school girl Han Gong-ju is forced to change schools. Her parents cannot look after her, so she stays at the home of her new teacher's mother. A mere victim, having done nothing wrong herself, Gong-ju is forced to shun others' attention. But one day her new friend Eun-hee finds that Gong-ju is a good singer and gets her into the school a capella club.

"Han Gong-ju (2013)"
by HanCinema is licensed under a Creative Commons Attribution-Share Alike 3.0 Unported License.
Based on a work from this source