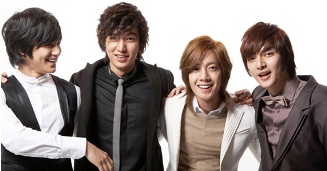 While hit Korean "K-Pop" music groups such as Big Bang, 2PM, and Girls' Generation are leading the Korean wave of popular culture, or Hallyu, in Europe, Korean drama series are quickly catching on in the United States and now boast their own section on the popular video website Hulu.com.

Hulu.com, which has grown rapidly in popularity since its launch in 2007, offers a wide variety of streaming TV shows, movies, and other video content. Hulu's Korean Drama page currently offers more than 50 Korean dramas with English subtitles for free, ranging from the romantic comedies like Coffee Prince and Boys Before Flowers to historic blockbusters such as The Great Queen Seondeok and Chuno.

Korean dramas, and essential part of Hallyu, have already been a major phenomenon in many Southeast and East Asian countries for decades. The introduction of a Korean drama section on Hulu.com, with a largely American audience, is notable for being one of the first by a major U.S. video hosting website. As Korean drama becomes more readily available to a more U.S. internet users, Korean culture, music, and actors infused in the drama are also growing in popularity.

The rapidly expanding Korean entertainment industry is receiving more recognition as a major avenue for international public diplomacy as it raises awareness of Korean culture through countless media outlets worldwide.

To view the Korean Drama section on Hulu.com, click here.

"Hallyu Reaches Popular Video Website"
by HanCinema is licensed under a Creative Commons Attribution-Share Alike 3.0 Unported License.
Based on a work from this source