Ha Jung-woo completes the conditions of a great star 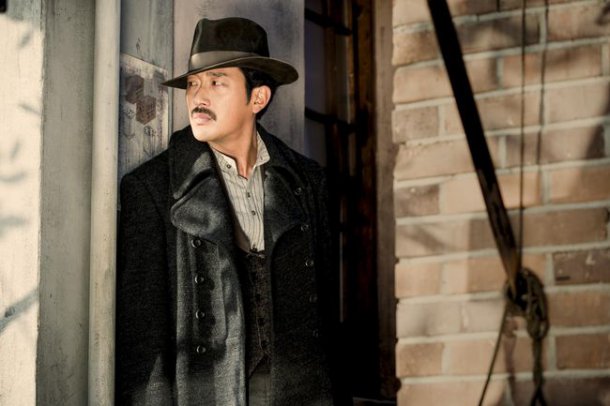 Actor Ha Jung-woo completed the conditions of a star. Flawless in various ways, Ha Jung-woo has even earned the title, 'man of 10 million'.

"The Assassination" has reserved a spot in the '10 million breakthrough movie' list and that brings Ha Jung-woo into the picture too. Although he's had continuous success with several movies so far, this is his first record breaker.

He completes the conditions of a perfect star. He's been a wanted actor in Chungmuro ever since his great performances in the movies "The Chaser" and "Take Off" although he never made it past 10 million audiences.

His performance is what makes everyone want him. From charismatic roles to being a loving man in "Love Fiction", he's capable of putting on any face.

As a director, Ha Jung-woo came out with "Fasten Your Seatbelt" and "Chronicle of a Blood Merchant" which both turned out to be good.

He's been talented in many ways but he's never had a 10 million hit success before. "Take Off" ended with just 8.5 million and "Nameless Gangster" with 5 million. Even "KUNDO : Age of the Rampant" did go past 5 million.

Ha Jung-woo must be very happy with the record. He said, "It would be nice to have a 10 million hit movie. I think I am still young so I know the time will come. I believe it the saying, 'things will come to you if you want it enough'". Well, he's done it

Not that the numbers are important especially for an actor like Ha Jung-woo as it doesn't affect him that much. But it adds to his resume and proves he's the IT man now.

Meanwhile, "The Assassination" is about an independence movement being chased down by contract killers.

"Ha Jung-woo completes the conditions of a great star"
by HanCinema is licensed under a Creative Commons Attribution-Share Alike 3.0 Unported License.
Based on a work from this source