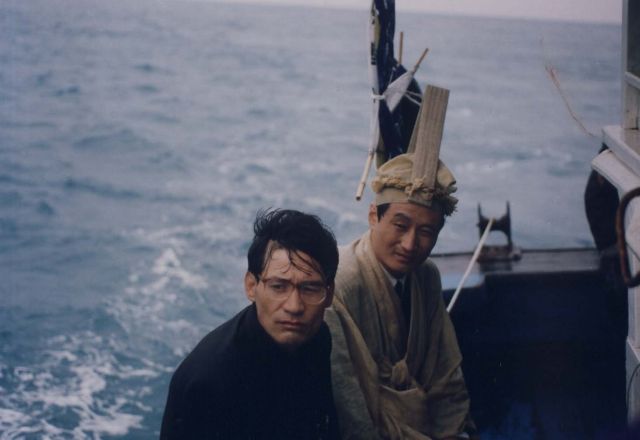 The film that introduced Lee Chang-dong to the world of filmmaking has an interesting story behind this collaboration. Park Kwang-soo, the director, whom Lee met through the writer Choe In-seok, was eager to be introduced to Lim Chul-woo, who wrote what would become the source novel of "To the Starry Island". Park first called upon Lee to make the connection and then, after Im wrote a preliminary adaptation, asked Lee not only to revise it but also, eventually, to serve as the assistant director. (Source: Senses of Cinema).

The film moves in two axes. The first one occurs in the present where Moon Jae-goo attempts to bury his father's body on the island on which he was born, with the help of his friend, Kim Cheol, a poet who lives in Seoul. Due to his father's past though, the inhabitants of the island refuse to allow him to do so, despite the fact that he has already bought a plot. Kim Cheol tries to persuade the villagers, while he reminisces about his past, with his memories forming the second axis.

This arc revolves around Ok-nim, a simple-minded girl who is forced to marry an older man, a woman with shamanic powers, and another one who is called "Easy Lay" by the rest of the population due to her promiscuousness. The main point of interest though, is Moon Deok-bae, Jae-goo's father, with the story painting an image of a rather despicable man, who is indifferent towards his son and his sick daughter, unfaithful to his wife, with his behaviour becoming even worse as time passes.

Eventually, and during the war in Korea, the army arrives in the island, and everything changes as the true character of the islanders is revealed, with Moon, once again, being the worst.

Inevitably, I will have to start with the biggest flaw of the film, which is the narrative and particularly the flashbacks, which are presented in quite a confusing way, to the point that it takes some time to realize that the story actually unfolds in two different timelines. The fact that the same actors are used for both the past and the present characters, along with Kim Hyeon's editing, make the realization very difficult, and fault the film's overall quality. This however, is the film's only significant flaw. 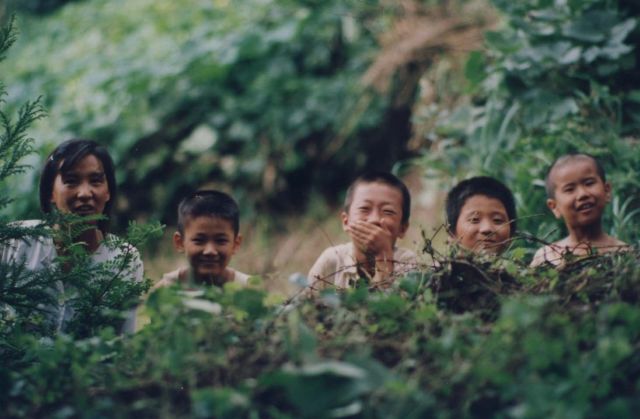 Park Kwang-soo directs a movie that seems to have captured all essence of country life in the island, including the status of women, which are perceived as "property" of their husbands, the lack of knowledge regarding what is going on outside the village, and most of all, the mischievous, meddlesome, and gossipy, but also laid-back and cheerful nature of the inhabitants. His approach is quite realistic, but also induced with much humor (the scene where the neighbors of a woman having sex decide to check on her because they think something is wrong with her is a distinct one), which makes the movie quite entertaining, through a rather light, and, at the same time, nostalgic tone.

This approach however, ends upon the arrival of the army on the island, with the film taking a rather dramatic turn, through a truly shuttering plot twist that sheds light to almost every character in the story. Through this concept, Park seems to make a comment regarding both the North and the South Forces, although the critique on the latter is much harsher. 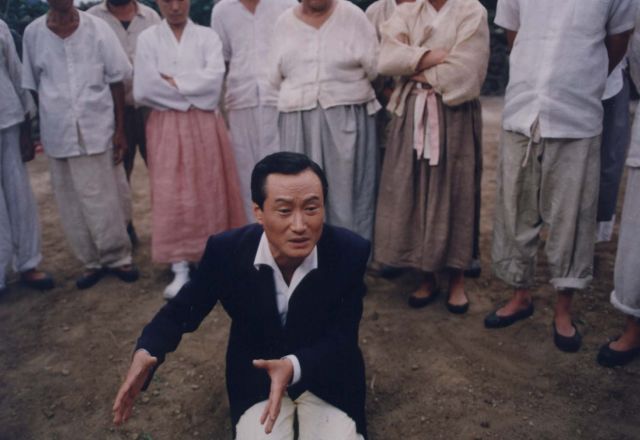 The acting on the film is on a very high level. Moon Sung-geun as both Jae-goo and  Deok-bae presents two very different characters, the despicable father and the son who just wants to fulfill his father's wishes, with elaborateness, appearing convincing in both parts. Ahn Sung-ki gives a measured and dignified performance as Kim Cheol, while Shim Hye-jin is quite good as the simpleton Ok-nim, playing her part with gusto.

Yoo Young-gil's cinematography is another of the film's traits, with him portraying the island with realism, without failing to highlight its beauties, though. His prowess finds its highlight in the finale, in a truly memorable night sequence that involves the beach, the sea and a fire.

"To the Starry Island" is very enjoyable film, which could have been a lot better if the editing and the general presentation of the past arc were implemented in better fashion.

"To the Starry Island" is directed by Park Kwang-soo and features Ahn Sung-ki, Moon Sung-geun and Shim Hye-jin.

"[Guest Film Review] "To the Starry Island""
by HanCinema is licensed under a Creative Commons Attribution-Share Alike 3.0 Unported License.