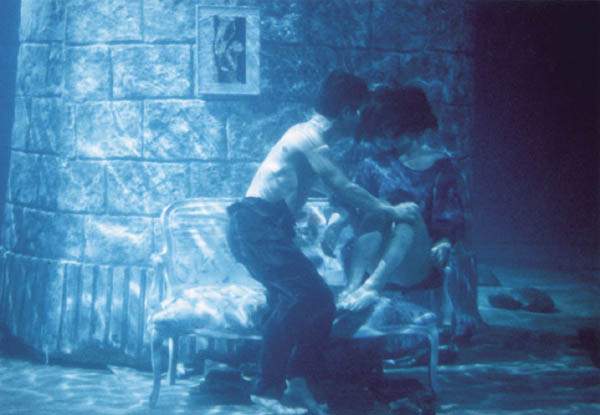 Kim Ki-duk's debut was a definite forerunner of what was about to follow, as the enfant terrible of S. Korean cinema did not hold any punches in the depiction of his extreme themes.

Crocodile is the nickname of a very violent and ill-tempered homeless man, who lives under a bridge of Han River. He stays there with two "sidekicks", a young boy named Yang-byul and an old man nicknamed Grandfather, who seems to be able to fix anything that comes across his way, from motorcycles and coffee machines, to wounds that need stitching. Crocodile makes a living in two ways. He has Yang-buyl selling chewing gum in a park, and by stealing the belongings of people that commit suicide by falling in the river. However, most of the money he wins he gambles away, playing cards in a suspicious parlor. One day he saves a woman, Hyeon-jeong, who falls into the river, and being the beast he is, he immediately starts raping her. Despite his treatment, she decides to stay with them. When Crocodile tries to meddle in her life story, the whole gang gets into deep trouble. 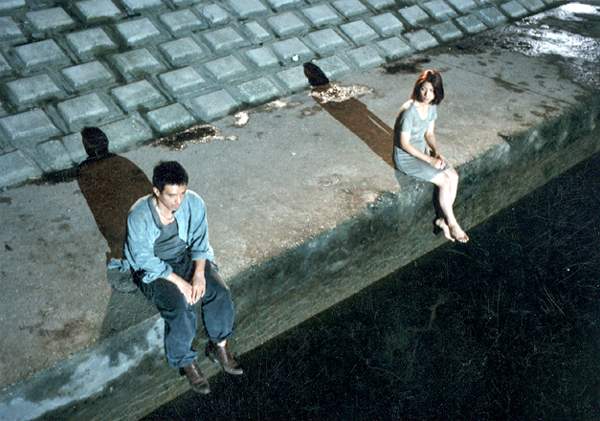 Kim Ki-duk directs another violent, but meaningful film, as he focuses on his characters and particularly Crocodile. The main hero of the movie symbolizes the hopelessness of the world, since, despite all his efforts, he cannot surpass his own nature, that has him trying to rape women and to gamble all the money he earns, and being beaten in both cases. In that fashion, his violent temper is somewhat justified, but Kim does not let the audience like him even for a minute, since his brutality is addressed towards a woman, an older man, and a child. Furthermore, whenever he has to face an opponent his own size and age, he ends up beaten, in a repeating act that proves that he can only direct his violence towards the aforementioned, in this cruel, dog-eat-dog world. Lastly, when he decides to act nicely, he is punished even more, and as do his "friends".

In that fashion, Cho Jae-hyun (Kim's most regular actor) portrays Crocodile magnificently, as a man who can only express his feelings through violence. Jo seems to embody the essence of the characters Kim usually wants to present, and "Crocodile" is not an exception.

The strange romance that occurs between Crocodile and Hyeon-jeong could be easily misunderstood for misogyny, since the woman decides to stay and even initiates a relationship of sorts, with a guy that rapes her continuously. This is not the case, though. For Kim Ki-duk, love and hate are two inseparable notions, with his characters feeling both towards the people around them, in a tendency that derives from the way they feel for themselves. This element is evident in both the characters. 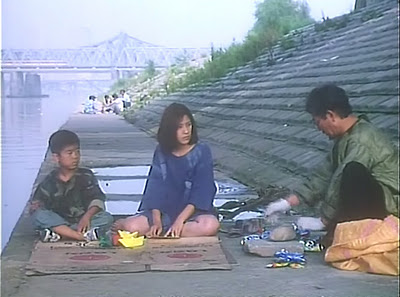 The pace of the film is a little bit faster than usual, in Kim Ki-duk's movies, particularly during the first part (before Crocodile decides to act nicely), with some sharp, to the point of abruptness, editing by Park Kok-ji. In the second part, the rhythm slows a bit, but the editing remains the same. Lee Dong-sam's cinematography is astonishing, as it portrays the various urban settings with realism, while the underwater shots are truly elaborate, with the final one definitely being the most impressive, and the most shocking.

"Crocodile" is a truly great debut, and probably the best film for someone to begin the "travel" through Kim Ki-duk's filmography.