[Guest Film Review] "Because I Love You" 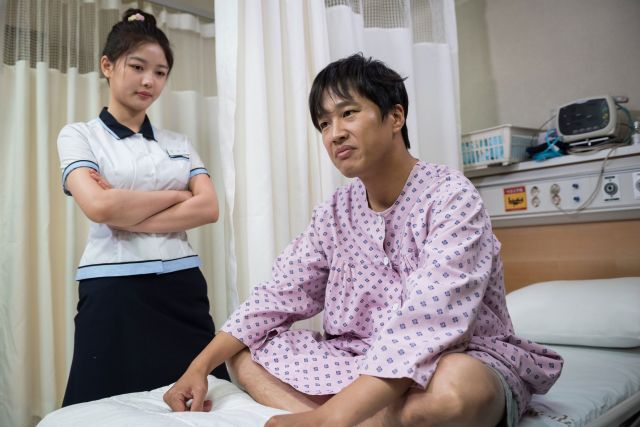 I have to admit, romantic comedy are among my least favorite genres, in a category that is chiefly addressed to women. "Because I Love You" however, proved quite entertaining in its presentation of the various aspects of love in the Korean society, through a characteristically light tone.

Jin I-hyeong is on his way to propose to his girlfriend when he gets into a severe car accident that leaves him in a coma. Soon though, he finds himself in the body of a high school girl student, Mal-hee, who even proves to be pregnant, after a fashion. Even more, his body swapping seems to continue, with him becoming a police officer on the verge of a divorce, an elderly woman, a teacher in the school of the aforementioned girl, and a number of other individuals with love issues. All the while, the question of his waking up and his the fate of his girlfriend hangs over the story, while I-hyeong finds himself an unusual ally in the high school girl's best friend, Scully. 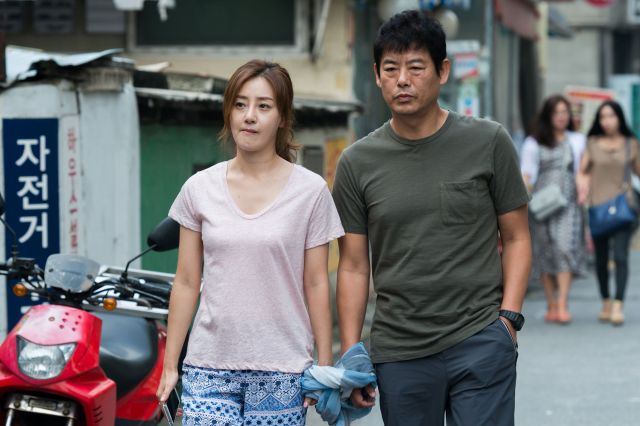 Joo Ji-hong uses the body swapping theme to present the concept of love in all ages, starting with students, continuing with a man in his 30's, (the teacher), a middle aged man (Park, the police officer) and the elderly, and the issues that can arise in each one of these periods. Through this concept, he also looks at a number of aspects of the modern Korean society in the urban landscape, like the school environment, the music industry, senility, and the difficulties overworking presents for families.

However, this is not a deep social drama. To the contrary, Joo retains a light tone throughout the duration of the film, with a number of jokes (some bordering on being a bit childish), a bit of melodrama, much music, and a fast pace implemented by Kim Chang-ju, who changes settings and characters in very appealing fashion. Kim Ki-tae's cinematography also fits the general aesthetics, with him using very bright colors and intense lights to avoid any "darkness" in the film. 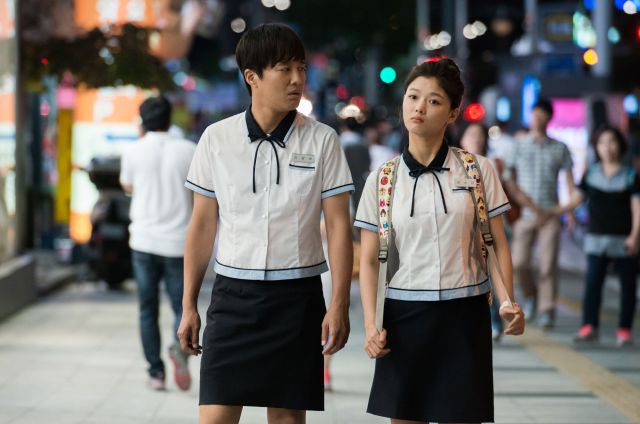 Cha Tae-hyun as Jin I-hyeong gives a very pleasant performance, in distinct rom-com style, which has him roaming in a school in a girl's uniform or being the charming mentor of a singer with stage freight. Park Geun-hyung as the grandfather plays his role with a distinct dignity, while Bae Sung-woo is great as the awkward teacher. The one who steals the show, though, is Kim Yoo-jung as Scully, who presents a truly adorable character, as she tries to overcome her lack of knowledge through her relentlessness in helping Jin.

In the archetypical style of the rom-com, "Because I Love You" is a film that you will watch pleasantly, particularly if you are a woman, and soon after forget it.

"[Guest Film Review] "Because I Love You""
by HanCinema is licensed under a Creative Commons Attribution-Share Alike 3.0 Unported License.