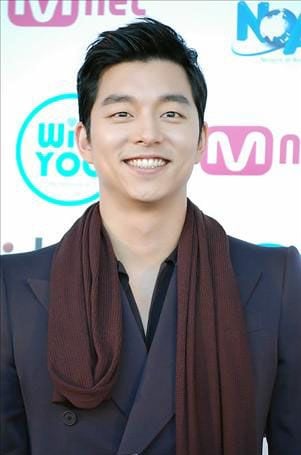 Film studio Soo Film made an announcement on April 8 that actor Gong Yoo (31), who was discharged from the military service last December, is making a comeback after a three year break with the movie "Looking For Kim Jong Wook" ("Finding Mr. Destiny").

"Looking For Kim Jong Wook" ("Finding Mr. Destiny") is a romantic comedy movie which is based on the very popular same-titled musical. It tells the love story between a woman--who cannot forget her first love whom she met during a tour in India and asks the "Finding First Love Company" to look for her first love named Kim Jong Wook--and a man who tries to find Kim Jong Wook according to her request.

Gong Yoo had entered the military service in 2007 when he gained huge popularity with the MBC TV drama "Coffee Prince". He will play a leading character, Han Ki Joon, in "Looking For Kim Jong Wook" ("Finding Mr. Destiny"), which will begin airing at the end of this month.

Actress Lim Soo-jung has already been cast as the leading lady.

The popular musical "Looking For Kim Jong Wook" premiered in 2006 and ticket sales recorded 90 percent for every 1,200 performances since its premiere.