Gong Yoo to Hold Live Concert In Japan in December 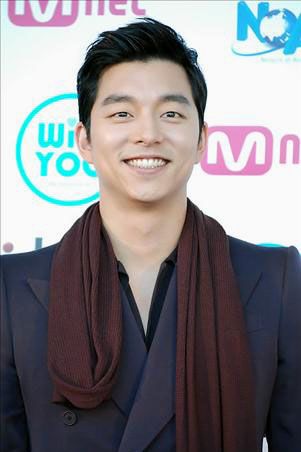 The CJ Media Japan, which operates Kong Yoo's official fan club in Japan entitled "With YOO" (http://gong-yoo.jp), announced on September 14 that Gong Yoo would hold the concert entitled "Love Song for You" at the Yokohama Arena on December 5.

Gong Yoo is reportedly planning to hold the concert as a form of "mini live performance", and he will present his new image as a singer, not as an actor, by showcasing his new song made only for his fans for the first time during the concert.

Gong Yoo had been discharged from the army last December and held the fan meeting entitled "Gong Yoo Fan Meeting 2010 - With YOO" along with his 7,000 fans in Kobe and Yokohama last February. At that time, he had performed the finale by singing a song to which he had written the lyrics himself with the help of singer Jung Yeop, and had drawn a favorable response from his fans.

"Gong Yoo to Hold Live Concert In Japan in December"
by HanCinema is licensed under a Creative Commons Attribution-Share Alike 3.0 Unported License.
Based on a work from this source