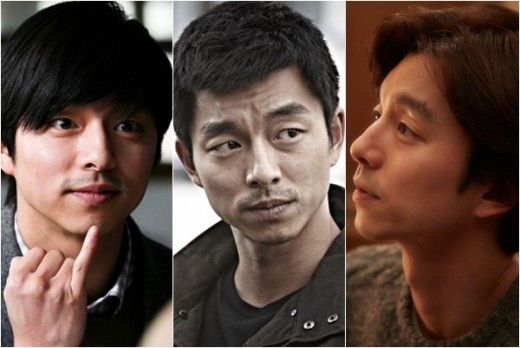 Gong Yoo has returned with a classic melodrama this time.

He was crowned a romantic stealer of ladies' hearts through his roles in 'Coffee Prince' and 'Finding Mr. Destiny'.

This 'Romantic Guy' or everyone's heartthrob, as his nicknames indicate, sports those swoon-worthy eyes and the charming voice, which will make it hard for you to resist falling in love with him. Gong Yoo also has been broadening his spectrum as an actor by challenging various genres in film.

Through his role in 'Silenced', where he played a teacher, who fought alone to protect the socially disadvantaged, he arouse a heated social outcry. Two years later, he came back through the real action movie, "The Suspect", in which he played an elite special agent and showed off the rough action acting and his perfect muscular body probably with zero percent body fat.

From the romantic and sweet quality to the true-hearted acting as well as the glamorous action acting, he has been trying reinvention with each of his roles to show his own true color in acting.

Now that he has come back to the silver screen in two years through the classic melodrama, "A Man and A Woman", he is ready to show his irresistible charms, by playing a couple with his costar, Jeon Do-yeon.

Ki-hong (Gong Yoo) could not even realize how lonely he was while living alone in Finland, a remote country from his homeland, because he was busy with fulfilling his responsibility as a family head. One day, he comes across a stranger woman Sang-min (Jeon Do-yeon) by accident in the foreign country, Finland. He forgets his reality as a family head and is strongly drawn to her even without a chance to hide his feeling.

Gong Yoo explained why he chose a classic melodrama as his comeback work in two years, "I wanted to talk about the real love story of adults exactly at the age of now. It only took less than a week for me to decide to take the role".

The classic melodrama, "A Man and A Woman" is highly anticipated as Gong Yoo will portray the irresistible love through his role, Ki-hong, which is quite different from his sweet role in his previous romantic comedies. "A Man and A Woman" opening date is February 25th.

"Gong Yoo's swoon-worthy roles from his filmography "
by HanCinema is licensed under a Creative Commons Attribution-Share Alike 3.0 Unported License.
Based on a work from this source